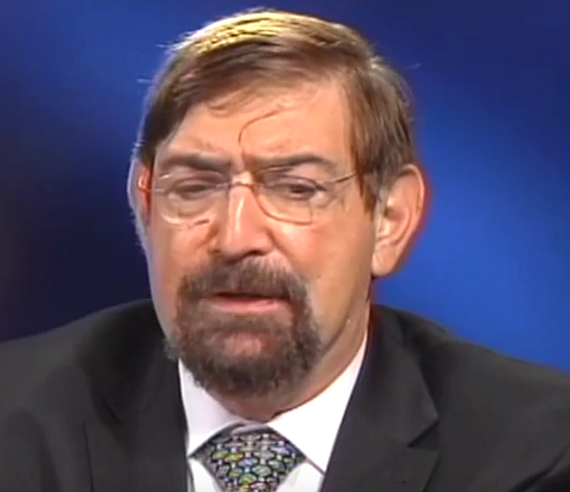 A Crisis of Confidence

By Brion McClanahanFebruary 25, 2019Blog
No Comments

Pat Caddell died on February 16. Several major news outlets ran stories about his influence in both the Jimmy Carter and Donald Trump campaigns. Everyone understood Caddell’s role as the voice of the “outsider.” A colleague at the College of Charleston, where Caddell served in the Political Science department for the last couple of years, said that Caddell hated everything about modern politics, including the corporate press. Caddell viewed the world as the people versus the establishment. Party didn’t matter, only ideas, which is why he could move seamlessly between Democrat and Republican campaigns.

This speaks volumes about the man. Caddell had a Jeffersonian vision for America, one that is largely at odds with mainstream political culture. Where both parties saw potential votes in new social engineering policies and fresh feet from foreign soil, Caddell predicted defeat and the destruction of the American political and social order. He railed against the massive leftward shift in the Democrat Party and never had kind things to say about beltway Republicans. These people sickened him. Caddell advised Carter in 1976 to campaign to the center and then move left once in power, a position that violated every chapter of the Democrat playbook in the last half of the twentieth century. It worked, and it did so in part because Caddell was able to convince Southerners that Carter was as populist as George Wallace without the political baggage that would certainly haunt him in a national campaign. Both were outsiders, but Carter never stood in a school house door as a publicity stunt. Caddell knew that the majority of Americans secretly liked what Wallace had to say but would not openly support a man who was viewed as the symbol of segregation.

What Caddell understood better than anyone else, even during the 2016 election, is that mainstream America doesn’t care for social justice, violent activism, or radical change. They want blue collar jobs, a stable economy, low crime, and a positive future without being hectored by self-righteous hypocrites with a treasury of counterfeit virtue. In other words, they don’t like Yankees. Trump may not be from the South, but as a real New Yorker, he was certainly more genuine than the poseurs that masqueraded as candidates from both parties. Americans can tolerate moral failings so long as the candidate seems authentic. Both Carter and Trump have that in common. Caddell groomed them both.

But Caddell is best remembered for being the catalyst in the downfall of the Carter administration. The New York Times obituary focused almost exclusively on Caddell’s participation in Carter’s Crisis of Confidence speech. It was Caddell’s idea, and while no one would contest that the speech played a role in the ultimate demise of Carter’s reelection bid, the narrative has been driven by the very establishment that both Caddell and Carter openly criticized. This very Jeffersonian speech did not have their stamp of approval.

Caddell was able to persuade Carter to move away from a policy speech on energy and instead focus on American malaise. While neither Caddell nor Carter used that term in the speech, Caddell did circulate an internal memo in 1979 titled “Of Crises and Opportunities” where he discussed “a nation deep in crisis…a crisis of confidence marked by a dwindling faith in the future [and] growing real despair of elites and ordinary citizens alike as they struggle to articulate in concepts the malaise which they themselves feel.” Caddell blamed every vestige of the establishment for the problems which plagued America but placed most of the emphasis on the “special interest state.” Americans, in his opinion, didn’t care who was in office because it didn’t matter. Washington D.C. ran on its own fuel while the rest of America watched helplessly from outside the beltway.

The establishment hacks in Carter’s administration immediately panned it. Walter Mondale threatened to resign as Vice-President in Carter went forward with Caddell’s prescriptions. Caddell wanted Carter to get out among the people, to drop in on ordinary Americans and appeal directly to what he considered to be a lingering republicanism in the American spirit. He also advised Carter to avoid the press, which was in his opinion the real enemy of the federal republic. Rosalynn Carter thought his memo was brilliant and advised her husband to fire anyone who seemed to be opposed to this seemingly new direction. You can’t take the South from a Southern lady.

Cadell wanted to reorient American values, what were really Jeffersonian values. Money was great, as were markets, but they were shallow representations of Jeffersonian republicanism. Carter agreed. On July 15, 1979, Carter delivered a speech heavily edited by establishment group think but in principle was Caddell’s handiwork.

Caddell certainly had a role in perhaps the most Jeffersonian lines from the speech:

In a nation that was proud of hard work, strong families, close-knit communities, and our faith in God, too many of us now tend to worship self-indulgence and consumption. Human identity is no longer defined by what one does, but by what one owns. But we’ve discovered that owning things and consuming things does not satisfy our longing for meaning. We’ve learned that piling up material goods cannot fill the emptiness of lives which have no confidence or purpose.

Critics believed that Caddell was too negative, that he was criticizing the American public. This was wrong. Caddell praised American values and American core principles. He was acting as a Roman historian during the days of the early empire urging the Roman elite to move the needle back to what made Rome great. The same could be said for America. This was “Make America Great Again” in 1976 without the red hats and violent social justice critics. Carter urged the American public to “take our greatest resources–America’s people, America’s values, and America’s confidence…and commit ourselves together to a rebirth of the American spirit.”

The American public drank deep and joyfully embraced this Jeffersonian vision. Caddell was called a genius by everyone except the establishment goons who sought to muscle their way into Carter’s inner circle. What happened next was not Caddell’s fault. Carter mismanaged his wife’s advice when he attempted to fire everyone who had been disloyal and then bungled the resulting media driven public relations crisis. The Republicans pounced and nominated their own folksy outsider candidate who wagged his finger at Carter and called him soft. Ronald Reagan won in a landslide by using Caddell’s blueprint for success. Pat Caddell transformed American politics by infusing a Jeffersonian approach into American political discourse. That was the South Carolinian in him.

What the establishment didn’t get then–and what they don’t get now–is that the Crisis of Confidence speech honestly reflected the American character, and the “silent majority,” which may not be a crushing mandate in 2019, still believes in a Southern Jeffersonian order. Promoting it with a Southern accent helps, but most Americans will take a New Yorker with Jeffersonian principles as long as he champions the “rebirth of the American spirit.”