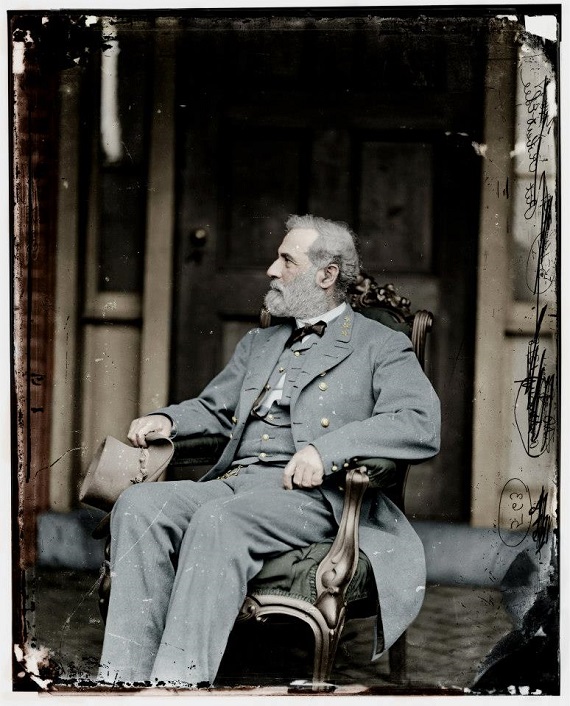 By Philip LeighJanuary 19, 2021Blog
No Comments

Yesterday’s melee in Washington provides good reason to honor Robert E. Lee because he demonstrated how he maintained dignity in defeat while convincing many resentful Southerners to reconcile with their former enemies. At the end of the War Between the States in 1865 he had as much reason as any Southerner to reject reconciliation, but he didn’t do that. To the contrary he promoted reconciliation for the sake of the entire country.

Shortly after Lee died in 1870 his family gave biographer J. William Jones personal access to Lee’s letters in the family’s possession. Of this time Jones wrote, “When I had the privilege . . . of examining his private letter-book, I found it literally crowded with letters advising his old soldiers and others to submit to all authorities and become law abiding citizens.” In one letter Lee wrote, “The interests of Virginia are the same as those of the United States. Its prosperity will rise or fall with the welfare of the country.”

In an elegy written years later another Southerner quoted a letter Lee wrote in response to a lady who still cherished her bitterness. “Madam, don’t bring up your sons to detest the United States Government. Recollect that we form one country now. Abandon all these local animosities and make your sons Americans.”

Upon accepting the Presidency of nearly bankrupt Washington College four months after Appomattox Lee wrote the Trustees, “I think it the duty of every citizen in the present condition of the country, to do all in his power to aid in the restoration of peace and harmony and in no way to oppose the policy of the State or General Governments. It is particularly incumbent on those charged with the instruction of the young, to set them an example of submission to authority.” A couple of months later he wrote ex-Confederate General, Pierre G.T. Beauregard, “After the surrender of the Southern armies in April it became my opinion that the duty of every citizen has become to cease opposition and place himself in a position to serve the country.”

By choosing to dutifully set a personal example no man could have done more to advance reconciliation among Southerners than had Lee. Union General Grant admitted as much: “Except for a few political leaders, all of the people of the South will accept whatever he does as right and will be guided to a great extent by his example.”

Evidence that Grant was correct is provided by an incident involving antebellum Virginia Governor Henry Wise and his son who had been a Captain in the Confederate Army. Less than two months after President Lincoln’s assassination President Andrew Johnson required that former Confederate soldiers take a new Union loyalty oath in order to be granted amnesty, which would be required for them if they wanted to regain property rights. Many ex-Confederates were insulted, believing that their surrender parole terms obviated the need for a new oath.

When Captain Wise told his dad that he had taken the oath, the father barked: “You have disgraced the family!”

His son replied, “But General Lee told me to do it.”

“Oh,” said the father, “that alters the case. Whatever General Lee says is all right, I don’t care what it is.”

Over a century ago when historians were more interested in the military aspects of the War Between the States one wrote,

Lee took but one week to defeat McClellan’s great army, relieve the siege of Richmond, and reinstall himself as the best loved hero in all the South. Then followed in the course of time the great battles of Sharpsburg, Fredericksburg, Chancellorsville, Gettysburg, Wilderness, Spotsylvania, Cold Harbor, and Petersburg, in which his matchless leadership thrilled the world.

But perhaps the true greatness of the man was more vividly displayed after his surrender at Appomattox, when he said, “I have led the young men of the South in battle; I have seen many of them fall under my standard. I shall devote my life now to training young men to do their duty in life.”

About sixty-five years ago North Carolina author and big game hunter, Robert Ruark, wrote about the Africa’s Mau-Mau uprising in his novel, Something of Value. He excerpted the title from a Basuto proverb: “If a man throws away his traditions, he had better first make certain that he has something of value to replace them.” In the wake of the violence during much of the year 2020, as well as yesterday in Washington, Virginia Governor Ralph Northam and Richmond Mayor Levar Stoney have a unique opportunity to promote peace and unity throughout America. Here’s how: Permit Lee’s statue to remain on Monument Avenue and remove the graffiti.