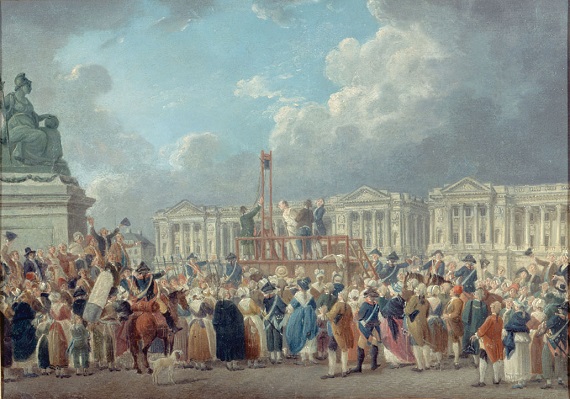 A Look Into Our Future

Consider the work of God: for who can make that straight, which He hath made crooked? Ecclesiastes 7: 13

Scott Howard, in his book The Trans-gender Industrial Complex, says on pages 164-5:

The so-called Enlightenment made man the center of the universe, a premise no less ridiculous than the not-long-discarded geocentric theory. When man is the center of the universe, he is God – his own God – and his possibilities are limitless, or at least man perceives them that way. If Man is God, He is created in His own image – or any image He wants to create. We see this near-boundless arrogance embodied in the utopianism of Progress, an increasingly queer (double entendre intended) entropic Progress that is revealing itself as in actuality an accelerator of dissolution and decay. In the ultimate paradox, this hyper-individualistic/narcissistic utopia renders everyone a widget, a number, part of a data set in the architects’ network. Indeed, the word utopia is derived from the Greek ou-topos, meaning ‘no place’ or ‘nowhere.’ Is that not the essence of this globalized project – everywhere becomes nowhere, everything becomes nothing?

“Liberty, Equality, Fraternity!” has come down to us as the lofty rallying-cry of the French Revolution, but in Charles Dickens’ A Tale of Two Cities it is rendered as “Liberty, Equality, Fraternity or Death!” and we all know of the guillotine and its work. Are we seeing the same threat behind today’s Progressives, their Marxism, their Antifa, their Progressive Identity Politics, their Critical Race Theory, and their Black Lives Matter? Liberty and Equality are mutually exclusive and inversely proportional to one another in any government, and true Fraternity – an impulse welling up from within the individual towards his fellow man – cannot be imposed, therefore the Progressives’ threatening march towards a perfect Equality for all is a march towards a totalitarian government devoid of all Liberty, and a coerced, affected Fraternity cowering in the shadow of the guillotine or the gulag.

The French Revolution destroyed the aristocracy, but the basic dichotomy remained, with the aristocracy merely replaced by the bourgeoisie. The same happened here with the War Between the States: The agrarian Patricians of the old Republic were merely replaced by the Oligarchy of the new capitalist order, the slaves were replaced by sharecroppers, wage workers and steam power, and slave insurrections were replaced by labour strife and urban riots. The Russian Revolution played it out again when the Tsarist autocracy was replaced by the Bolshevik Party and the peasants were herded into an industrial “workers’ paradise” through government orchestrated famines and re-education camps. “Life has become better, comrades. Life has become more joyous,” declared Stalin, just before the bloody purges and deportations to Siberia during “The Great Terror” in the 1930s.

But the Progressives never quit. Like the Jesuits who said to give them your child and they will make him into anything you want, with the Progressives’ Critical Race Theory and Marxist Black Lives Matter indoctrination of malleable minds through government-controlled public schools from pre-school onward, they work to enslave us to their totalitarian government with promises of the blessings of total equality for all, in which we will find – too late – that the blessings are devoid of all liberty. But the basic dichotomy will remain, as ever before, only in nightmare form…

Icarus in his hubris flew too close to the sun, but Nemasis brought him down. As Hannah Arent said in her Origins of Totalitarianism, such is the fate of all who forget that man is only the master of the world, not its Creator.