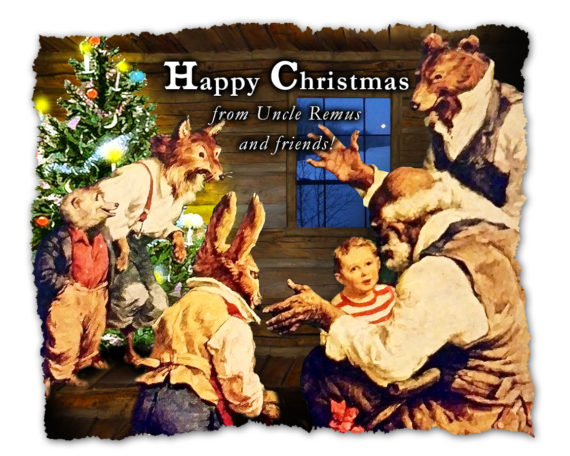 If you’re like my family, you probably start playing Christmas music as soon as the calendar hits November 1, and you keep it on rotation through the 12 Days of Christmas in January. The classics from the Big Band and post World War II era are staples, but most are written for a distinctively Northern audience. Traditional Christian hymns also reinforce the spirit of the season, and many have been covered by excellent acts from around the world. But what if you wanted a Southern flair to the holiday season, and in particular were interested in original Christmas songs written and performed by Southern musicians? They exist but are not as popular on Christmas only radio stations or playlists. We’ve got you covered at the Abbeville Institute. Here are a few noteworthy original Southern Christmas tunes to add to your Holiday playlist. Happy Christmas.

Elvis Presley, “Santa Claus is Back in Town”–A rockin’ little tune that highlights why he was the King of Rock n’ Roll.

The Marshall Tucker Band, “Christmas in Carolina”–This jazzy song has a real Carolina feel, and those in the Palmetto State may end up Shagging.

Alabama, “Christmas in Dixie”–This song compares to any “warm” tune from the Big Band era but with a distinctive Southern flair.

Dolly Parton and Kenny Rogers, “A Christmas to Remember”–A catchy little romantic jingle from one of the best pop country duets in the history of the genre.

Lynyrd Skynyrd, “Christmas Time Again”–The modern iteration of Skynyrd wrote this song about twenty years ago, and it shows why Skynyrd was always considered to be one of the top Southern rock bands.

Johnny Cash, “That Christmassy Feeling”–The man in black knew about living hard, and he penned a Christmas tune to make it right.

Dwight Yoakam, “Come On Christmas”–A bluesy tune that asks for Christmas to “tuck him away” until January.

Faith Hill, “Where Are You Christmas?”–The angelic voice from Mississippi’s heart tugging song about lost Christmas and lost love.

George Strait, “Christmas Cookies”–As a cookie lover myself, this one hits hard.

Roger Miller, “Little Toy Trains”–This classic song of a happy childhood Christmas is just as good as any from the more famous crooners.

Alan Jackson, “Let it Be Christmas”–A heart warming song about the Christmas spirit.

Brenda Lee, “This Time of Year”–Lee had several Christmas hits before she reached 18, but this 1964 recording is nowhere near as famous. It should be.