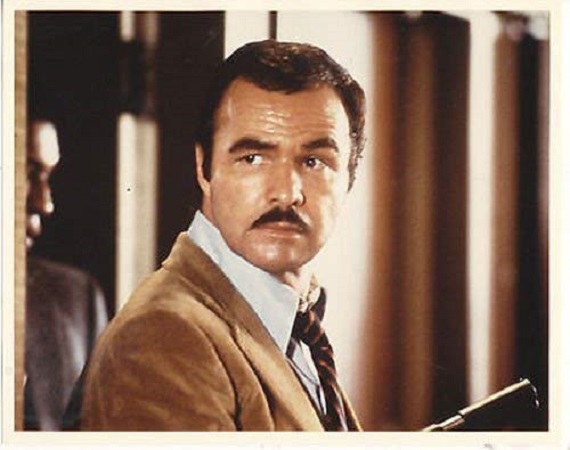 By Clyde WilsonMarch 5, 2020Blog
No Comments

16.  EXECRABLES. The Worst Movies about the South: A Small Selection

The competition here is fierce. We can only provide a sample of some of the worst.  A few examples out of a vast field, many of them presenting a ludicrously distorted South.

(X)  The Southerner (1945). This movie was made by a famous French director while a refugee in the U. S. during World War II.  For some reason that I have never been able to discern, a lot of critics think this is some classic achievement.  All I see is a dull, meandering thing by people who know nothing about Southerners.  It smacks of “Soviet realism.”

(X)Hurry Sundown.   Landowner beating up on poor blacks and whites.

(X) Fled and (X) I Walk the Line.  Chain gangs, evil Southern sheriff stories that have been around since the Abolitionists.

(X) A Face in the Crowd. Andy Griffith against type as the worst sort of despicable Southern demagogue.

(X) Shy People, about Louisiana bayou folk, one of the silliest movies ever made.

(X) The Gift (2000), an early Cate Blanchett atrocity of which she should be ashamed. This monstrosity involved a half-dozen A-list stars in a truly absurd plot that brings in every evil Southern cliché that has ever been dreamed of–even when they contradict one another.

(X) Midnight in the Garden of Good and Evil, the ultimate dark Southern city story.  Although there is one hilarious scene with Kevin Spacey dealing with an ultramodern Atlanta hotel.

(X) Convicts (1991). Robert Duvall usually presents a fine Southern persona, but he is guilty of carpet-chewing over-acting in this heavy-handed story about an ex-Confederate mistreating convict labour.

(X)Shag-The Movie. This is about a Myrtle Beach summer. What could have been an enjoyable coming-of-age flick about South Carolina’s classic beach dance turns into an obscene mess.

(X)The Education of Little Tree. This began as a good book, widely touted in Establishment circles, recommended by Oprah Winfrey, and republished by a university press as an authentic Native American memoir although it is obviously a novel. Then it was accidentally discovered that the author was Asa Carter, an Alabamian and speech writer for Governor George Wallace. Horrified scandal erupted.  But anyone who actually reads the book (the usual “authorities” never do) can see it is not about “Southern bigotry” but about persecution by puritanical Yankees.  Needless to say, the movie version is all about evil Southern bigotry.

(X) Spencer’s Mountain.  In a typical burst of artistic genius, Hollywood took Earl Hamner’s story of the Walton family, which became a popular TV series, moved it from Virginia to Wyoming, stuck in Henry Fonda, and made an unintentionally comic farce.

(X) Forrest Gump.  I have never been able to see the point of this joke and why it is so beloved. I think it must be some kind of nostalgia trip for the former flower children of the 1960s. Take it from one old codger who was there, the 60s were not all that pretty.

(X) To Kill a Mockingbird. If it were any good it could not possibly be so popular.

(X) LBJ. Lyndon Johnson told entirely from the Kennedy viewpoint.  LBJ is crude, tacky, corrupt, clueless, and most of all he is Southern and not one of us.

(X) Crimes of the Heart.  This absurdity, about three crazy Southern sisters, should have stayed on the New York stage where it was popular.

(X) Cross Creek: Marjorie Kinnan Rawlings, author of The Yearling, wrote also Cross Creek, a touching memoir of her life among Florida backwoods people during the Depression. Mary Steenburgen, although Arkansas born, is miscast. The movie should have been called “Yankee Feminist Goes to Dogpatch.”

(X) God Save Texas (2019). The latest entry into the hate Dixie sweepstakes is a strong contender.

But enough of this, with which I could easily go on until Christmas.  These are merely scrapings from the top of a very deep pile.

In recommending films set in the 20th century South I have emphasised    family viewing opportunities.  I have neglected a plethora of ugly films of crime and mystery set in the South.  The most vicious and vile criminals always have Southern accents. Quite often they have Confederate flags on their walls and vehicles. Hollywood movie makers know that this will create an automatic antipathy in most of their viewers since they strongly feel such antipathy themselves.  This is true even when the scene is far from Dixie:  Primal Fear (Chicago); Copycat (San Francisco); Fire with Fire (Long Beach CA); Deadfall (rural Michigan), for just a sample of evil people with Southern accents in unlikely places. And the most despicable people always have the most unmistakable Southern accents, unlike most of the likable characters in movies taking place in the South.

Listen to your crime movies carefully and you will see that this is almost always so.  Even though, of all of the notorious serial killers of our time, I can’t think of a single one who could be called Southern.  I have not seen any films about Bundy or Dahmer but it would not be surprising to see them having Southern accents.

Here are a few (T) that are entertaining and have more or less authentic Southern settings and characters, if you like this type of movie:

(T) Sharky’s Machine (1981).  Burt Reynolds as an Atlanta detective fighting organised crime.  Worth a look just to hear Reynolds characterise the local crime boss: “He’s a thief, a murderer, a pervert, and worst of all he’s from out of state.”

(T) Southern Comfort (1981).  What can I say? Everybody enjoys this slightly far-fetched drama of city boys lost in the Louisiana swamps.

(T) Thompson’s Last Run (1986).  A con fight the odds to go straight and save the remnants of his family, a niece and her child.

(T) Winter’s Bone (2010).  From the Arkansas novelist Daniel Woodrell, author of the book from which **Ride with the Devil was taken.  A bleak but unfortunately truthful look at criminality among the lower end of the plain folk (“depolrables”).

**Highwaymen (2019).  Two over-the hill Texas Rangers take on the mission to finish off the reign of terror by Bonnie and Clyde.  Kevin Costner and Woody Harrelson are excellent on the accents and the demeanour of real Texans.

Yankees seem to be particularly unhinged by the laisser les bon temps rouler of New Orleans and the South Louisiana bayous.  (X) A whole catalog could be compiled of absurd films about this region:  No Mercy, Shy People (which contains another repulsive misuse of the Confederate flag), Angel Heart, A Love Song for Bobby Long, JFK, Pretty Baby, Suddenly Last Summer, A Walk on the Wild Side, Albino Alligator.   Ignore also the repulsive contributions to the New Orleans scene with Clint Eastwood, Nicholas Cage, Sylvester Stallone, and Jean-Claude van Damme. You can safely miss these.  I have suffered through them for your benefit.

But let me positive for a change and give you a few decent New Orleans movies, though none are suitable for family viewing:

(T) The Big Easy (1986).  A New Orleans crime drama that manages to catch some of the spirit of the unique city.

**Undercover Blues (1993).  A really entertaining caper with Dennis Quaid and Kathleen Turner as light-hearted crime-fighting agents who take their baby with them on jobs.

EXECRABLES:  The list in infinite. I cite just a few that are highly touted, to avoid unless you want to wallow in irredeemable evil.  (X)Night of the Hunter, warped and evil Southerners; (X)Deliverance, the ultimate Deep Dark South fantasy from a silly novel by an over-rated poet; (X)Cape Fear, two versions.  But enough of this. These are merely scrapings from a very deep pile from the South-hating Cultural Cleansers of Hollywood.