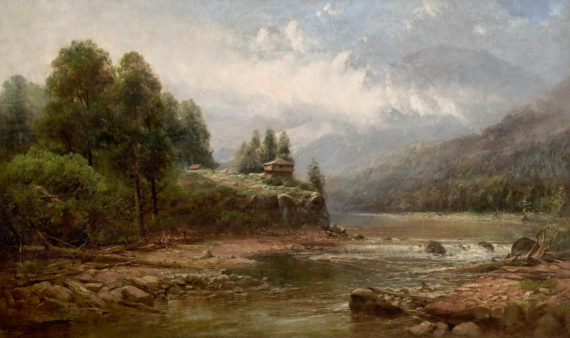 Can the Southern Tradition Save America?

By Brion McClanahanMarch 23, 2020Blog
No Comments

“Where you gonna be when half of California riots? Where you gonna run to when the lights go out? I won’t be hangin’ out in California, I won’t try it. Buddy I’ll be up and headed South.” Jamey Johnson

The Wuhan virus has sparked a renewed interest in the Southern tradition. No one is saying that, but it’s true. Donald Trump has insisted that the States should have a flexible response to the outbreak. American governors and mayors agree. Most seem to be looking to the central government for answers during this pandemic, but several States have implemented policies far more Draconian than the Trump administration has suggested with others taking a more moderate approach to the viral outbreak. And it’s not quite clear what the United States military response would be should the United States devolve into economic or social disorder. At the moment, however, federalism has made a moderate comeback, even if the general government is offering to bankrupt America with a $4 trillion “bailout.”

This raises the question, what will post Wuhan America look like? If conditions spiral out of control, States could consider closing their borders even to Americans from other States, particularly those labeled as “hot spots.” Hawaii has mandated that every new arrival face a mandatory fourteen-day quarantine. Municipal airports are almost all owned by State and local governments, and each State could have shut down international travel long before the general government acted. The same could be said for domestic travel. A plane can’t land if the airport is closed. An economic catastrophe might lead to an open discussion of secession in some States. Thinking locally has never been more productive or acceptable in the modern age.

Many Southerners are better prepared for this problem than Americans in other regions. Years of economic dislocation and rugged individualism created an independent mindset among the deplorables of America. God and guns will be more important than diners and boutiques during an economic collapse. Hank Williams wasn’t just waxing poetic when he insisted a country boy can survive. It was in his Alabama blood. Rural areas, those considered flyover country by the American intelligentsia, would be economic and physical safe havens. This isn’t mere speculation. Urban areas are currently the hardest hit centers of the pandemic, both in terms of the virus itself and the panic hoarding from dependent city dwellers. You can’t grow corn or tomatoes in concrete, and bass don’t swim in sewers. As Jefferson wrote in 1800, “I view great cities as pestilential to the morals, the health and the liberties of man. True, they nourish some of the elegant arts; but the useful ones can thrive elsewhere; and less perfection in the others, with more health, virtue and freedom, would be my choice.” This doesn’t mean that rural areas haven’t been slopping at the federal trough—they have—but land and ammo produce more than gold when people need to eat.

The cesspool known as the modern academy might be transformed by forced homeschooling. While not a panacea for most, this rediscovery of home education opens the door to alternative media and perspectives for those who thirst for it. Most teachers don’t have the time or energy to produce hours of online lectures or presentations, and that is a good thing. True, David Blight offers free sleep aides in the form of his online lectures at Yale, but more dynamic and innovative professors have also placed their material on the Web. Perhaps the veil will be lifted on the necessity of forced indoctrination, and Americans will realize that the public babysitter has been destroying real education in America for decades. Remember, most of the men in the founding generation were “homeschooled.”

Ultimately, quarantine could lead to a cultural and social renaissance in America. Families forced to spend time together might discover that social bonds are strengthened by intimacy. Perhaps this time could save a marriage or two and bond children to their parents, a process made more difficult by John Dewey’s educational laboratories. Family is not unique to the South or the Southern tradition, but Southerners well understood that family formed the basis of community and community strengthened society. Small is beautiful worked well in the South for a couple hundred years before being ripped apart by Hamilton’s commercial and industrial society. And if music saves America from the depression of isolation, we can only thank the South for creating every major American musical style except Polka, and how many people really listen to Polka?

The Southern tradition, with its reliance on faith, family, self-determination and independence, and localism, offers an attractive counterweight to the glaring problems of the modern world. The Wuhan virus has only magnified the situation. The Wuhan virus might lead to the end of the modern United States, but it won’t lead to the end of America. Real America has always existed in the South. That will never be more clear than in the coming difficult months.