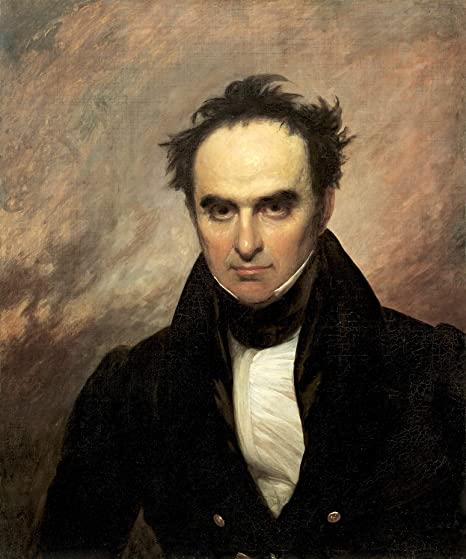 He was no friend of the South, but on March 7, 1850, Webster gave a speech in the Senate which many say cost him his Senate seat. It appears he was too honest for his fellow Northern politicians who sought to consolidate the Northern vote by playing upon the racist fears of Northerners. Their strategy was to claim that the South intended on expanding slavery into the territories and all over the US. Lincoln used this same fabrication to resurrect a political career on life support.  This fabrication horrified Northerners who did not want to live or compete with blacks. It was a fabrication these politicians hoped would coalesce and sectionalize Northern voters against the South for the purpose of political control and economic exploitation of the country.

Webster’s speech pulled the rug out from under this fabricated political strategy that claimed a Southern desire to expand slavery. His speech pointed out that slavery, as an institution had nowhere else to go because of climate. Southerners knew this and agreed slavery was not going West as was made clear two years prior in an 1849 letter to their Southern constituency signed off by forty Southern congressmen. Here are a few relevant excerpts from Webster’s speech:

First Webster emphasizes that with the acquisition of Texas, every acre of land suitable to slave labor had been acquired, and no other land under control of the federal government remains that is conducive to slave labor…”Not an acre!” Case closed:

“Texas… was added to the Union as a slave State in 1845; and that, sir, pretty much closed the whole chapter, and settled the whole account… because the annexation of Texas… did not leave within the control of this Government an acre of land, capable of being cultivated by slave labor… not an acre.

Next Webster asserts that slave labor is either restricted by positive law (State law or Federal, i.e. the Northwest Territories) or “some irrepealable law,” meaning the law of nature’s God:

“And I now say, sir, as the proposition upon which I stand this day… that there is not at this moment within the United States, or any territory of the United States, a single foot of land, the character of which, in regard to its being free-soil territory or slave territory, is not fixed by some law, and some irrepealable law, beyond the power of the action of the Government… “

Webster then points out that the territories of California and New Mexico are by nature not conducive to slave labor:

“Now, as to California and New Mexico, I hold slavery to be excluded from those Territories by a law, even  superior to that which admits and sanctions it in Texas. I mean the law of nature, of physical geography, the law of the formation of he earth. That law settles for  ever, with a, strength beyond all terms of human enactment, that slavery cannot exist in California or New  Mexico.”

Webster defines what he means by slavery, and details the geographical nature of California and New Mexico that prevents slavery:

“Understand me, sir; I mean slavery as we regard it; slaves in gross, of the colored race, transferable by sale and delivery, like other property… I suppose there is no slave of that description in California now. I understand that peonism, a  sort of penal servitude, exists  there, or rather a sort of voluntary sale of a man and his offspring for debt, as it is arranged and exists in  some parts of California and some provinces of Mexico. But what I mean to say is, that African slavery, as  we see it among us, is as utterly impossible to  find itself, or to be found in California and New Mexico, as  any other natural impossibility. California and New Mexico are Asiatic in their formation and scenery. They  are composed of vast ridges of mountains of enormous height, with broken ridges and deep valleys. The  sides of these mountains are barren, entirely barren; their tops capped by perennial snow…. What is there in New Mexico that  could, by any possibility, induce any body to go there with slaves? There are some narrow strips of tillable  land on the borders of the rivers; but the rivers themselves dry up, before midsummer is gone. All that the people can do in that region, is to raise some little articles, some little wheat for their tortillas,  and all that by irrigation. And who expects to see a hundred black men cultivating tobacco, corn, cotton, rice, or any thing else, on lands in New Mexico, made fertile  only by irrigation? I look upon it, therefore, as a fixed fact, to use an expression current at this day, that  both California and New Mexico are destined to be free, so far as they are settled at all, which I believe,  especially in regard to New Mexico, will be very little for a great length of time; free by the arrangement of things by the Power above us.”

Webster asserts he would not vote to ban slavery where God by nature has already prohibited it:

“I have therefore to say, in this respect also, that this country is fixed for  freedom, to as many persons as shall ever live in it, by as irrepealable and more irrepealable a law, than  the law that attaches to the right of holding slaves in Texas; and I will say further, that if a resolution, or a  law, were now before us to provide a territorial Government for New Mexico, I would not vote to put any  prohibition into it whatever. The use of such a prohibition would be idle, as it respects any effect it would  have upon the Territory; and I would not take pains to re-affirm an ordinance of Nature, nor to re-enact  the will of God.”

Finally Webster points out that banning slavery in the territories, where it isn’t going anyway, is nothing more than than a “taunt,” “a reproach,” a flaunting of “superior power,” for no other reason than to be “an indignity” taking away from the South “a proper equality of privilege” and derogatory to Southern “character and rights.” And that is exactly the argument Southern Statesmen such as Davis and Calhoun made, only in Webster’s words:

I have no such objet, no such purpose. They would think it a taunt, an indignity; they would think it to be  an act taking away from them what they regard a proper equality of privilege; and whether they expect to  realize any benefit from it or not; they would think it at least a plain theoretic wrong; that something  more or less derogatory to their character and their rights had taken place. I propose to inflict no such wound upon any body, unless  something essentially important to the country, and efficient to the preservation of liberty and freedom, is  to be effected.”

The whole notion that the South wanted to “expand slavery into the territories” was a fabrication of Northern politicians, and is still being used today in the popular mythical narrative that the Southern cause was all about “preserving and expanding slavery.” It is argued by righteous causers that the South rejected the Corwin Amendment because it did not allow for expanding slavery into the territories. To that Webster would ask why would the South want to expand slavery where  the climate is not conducive to the institution? The South rejected Corwin because it seceded for INDEPENDENCE and not for any cause to preserve and extend slavery!