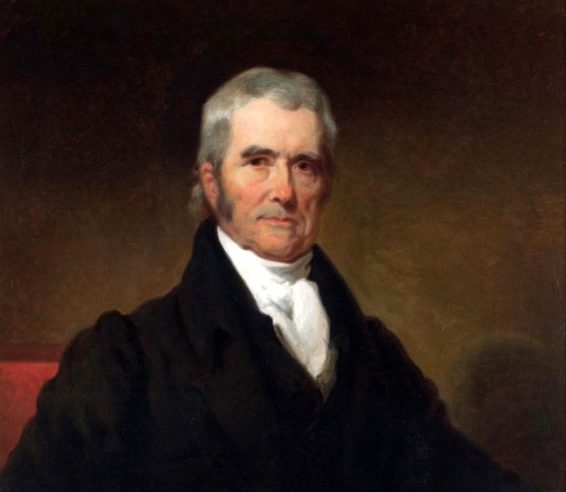 A review of Government by Judiciary: The Transformation of the Fourteenth Amendment by Raoul Berger (Second Edition; Indianapolis: Liberty Fund, 1997). Also available online.

Raoul Berger was a legal historian who did not fear challenging academic consensus. His 1977 contrarian work Government by Judiciary argued that the Supreme Court radically departed from the original intent of the Fourteenth Amendment, citing extensively from the historical record in support of his thesis. The first publication generated significant controversy within the legal academy, yet Berger persisted in responding to his critics. This resulted in a second edition in 1997 with “supplementary notes” of Berger’s responses at the end of each chapter.

Berger shows that the Supreme Court’s change in constitutional interpretation in the 20th century had its roots in the Fourteenth Amendment, one of the Reconstruction amendments following the War Between the States (1861–1865). The Southern states were required to ratify the Fourteenth Amendment in order to re-enter the Union (which raises questions about the legitimacy of the amendment).

These two changes led to the Supreme Court striking down a significant number of state laws as “unconstitutional.” The Court struck down state segregation laws under its new view of equal protection, as well as state laws regulating abortion and marriage under its new view of due process. Further, the Court used the incorporation doctrine to strike down a plethora of state laws as violations of the Bill of Rights, including prayer and Bible reading in public schools.

Part of what made the publication of Government by Judiciary so controversial is that Berger argues that Brown v. Board of Education (1954) was decided incorrectly. Of course, one does not have to support state-sanctioned segregation in order to come to that conclusion. Rather, one needs only to cite from the legislative record of the Fourteenth Amendment, as Berger does extensively. Congress sought to protect the Civil Rights Act of 1866 from repeal and thus passed the Fourteenth Amendment, which was “identical” to the Act (p. 401).

While the Supreme Court has understood “due process” and “equal protection” as elastic phrases, Berger shows that these are in fact precise legal terms with narrow meanings. “Equal protection of the laws” applied to the legislature and was intended “only to secure to blacks the same specified rights as were enjoyed by whites” (p. 207). “Due process” never referred to a legislative act, but only judicial procedure. Berger summarizes the Fourteenth Amendment as follows—“In lawyers’ parlance, the privileges or immunities clause conferred substantive rights which were to be secured through the medium of two adjective rights: the equal protection clause outlawed statutory, the due process clause judicial, discrimination with respect to those substantive rights” (p. 235).

In regards to incorporation, it is an incontestable fact that the Bill of Rights did not apply to the states, as the Marshall Court affirmed in Barron v. Baltimore (1833). The question is whether the Fourteenth Amendment changed this, as the Supreme Court claimed in the 20th century. Berger places the burden of proof on the Court—“Since the Amendment indisputably was designed to ‘incorporate’ the guarantees of the Civil Rights Act, evidence is required to show that the framers had moved beyond the limited purposes of the Act” (p. 157). Justice Black cited Congressman Bingham’s testimony as evidence of incorporation, but Berger shows that the 39th Congress rejected Bingham’s proposal. Thus the Court brought about a monumental shift in constitutional interpretation apart from any legislative or historical basis.

The second half of Government by Judiciary is an originalist free-for-all, criticizing the consequences of the Supreme Court’s newfound reading of the Constitution. Berger takes the Court to task for applying “substantive” (in contrast to “procedural”) due process and engaging in policymaking from the bench. He compiles a massive amount of historical and legal evidence supporting an originalist reading of the Constitution.

Berger, who identified himself as belonging to the political left, demonstrates that originalism need not be associated with any specific political ideology. Originalism is simply the view that a legal document, including a constitution, should be understood as intended by the drafters and ratifiers of that document. It is not the job of unelected judges to change the meaning of the Constitution. That is up to the people of the states through the amendment process.

Yet the Supreme Court has circumvented the amendment process by transforming the meaning of the Fourteenth Amendment. America now has a “government by judiciary,” where the states are subordinate to the whims of federal judges. This warrants Berger’s pointed question—“How long can public respect for the Court, on which its power ultimately depends, survive if the people become aware that the tribunal which condemns the acts of others as unconstitutional is itself acting unconstitutionally?” (pp. 459-60).