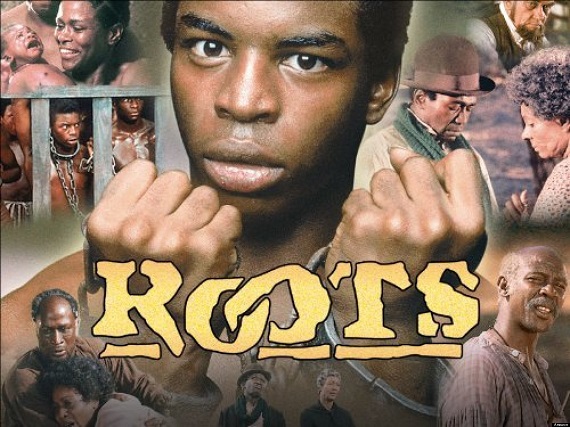 By Clyde WilsonJune 24, 2014Blog
No Comments As you know, the folks who dominate the American movie industry regard the South only as the weirdest and most dangerous part of that unknown territory between the JFK runways and L.A. International. Besides, Yankees since the 17th century have regularly projected their sins, nightmares and forbidden fantasies onto Dixie.

What are the worst movies about the South? One could almost answer: all of them, but that would not be quite true. The competition is fierce for the worst, despite the fact that the South has provided its fair share of the best actors and actresses (as opposed to “stars”). And probably more than our fair share of writers providing good stories for movies, not counting what Hollywood regularly steals from Europe and Japan.

The South makes up such a large part of the American past and present that it can hardly be ignored. A great deal of what the movies have churned out about us is the usual propagandistic hate and misrepresentation that we are all too familiar with from “news” and “entertainment.” Southerners are most often presented as murderous and stupid hayseeds. A large book could be written on this subject, but I will give only a small sample to suggest the nature of the beast.

Awhile back the Oxford American published an article in which a passel of fashionable scalawag eggheads and artistes discussed movies about the South. They had a number of good criticisms to make, but many of them selected The Southerner (1945) as one of the best all-time movies about the South. Allegedly about a young tenant farmer, the film resembles “Soviet realism” more than Southern agrarianism. The characters are cartoons and the plot ridiculously contrived. The movie was directed by Jean Renoir, who is usually regarded as a great French auteur, and who was spending World War II in Hollywood rather than sharing the fate of his occupied country.

I have never admired Renoir who seems to me more an avant garde faddist than a great director, although I generally regard the French as the best filmmakers of all. (The worst are Germans. nihilistic and obsessed with filth.) But the French talent does not travel well. Many Europeans seem to have absorbed all the worst ideas about the South in circulation. The Southerner is merely one more entry in the absurd Erskine Caldwell titillating horror stories about Southern rural people, like God’s Little Acre and Baby Doll. The tradition is carried on in Alamo Bay (1985), a Ku Klux melodrama directed by another Frenchman, Louis Malle.

Sad, because there is a whole shelf of outstanding French films about their own country people. Why can’t the movies portray Southern rural people realistically and sympathetically like our great writers do? Short answer: our writers are part of Western Christian civilisation. Hollywood is not.

My sample of some of the worst movies about the South (and remember, this is just a small sample).

Roots (1977). Apparently accepted by much of the American public as historical, this series is complete fiction—a plagarised fantasy that manages to distort the history of two continents.

Crimes of the Heart (1986). This absurdity, about three crazy Southern sisters, should have stayed on the New York stage where it started.

Fled, Hurry Sundown, and I Walk the Line. Chain gang, corrupt and vicious Southern sheriff stories that have been around since the abolitionists.

Convicts (1991). Robert Duvall usually projects a fine Southern persona. But he is guilty of carpet-chewing over-acting in this heavy-handed story about an ex-Confederate mistreating convict labour.

Cross Creek (1983). Marjorie Kinnan Rawlings, author of The Yearling, wrote Cross Creek, a beautiful memoir of her life among Florida backwoods people during the Depression. Mary Steenburgen, although Arkansas-born, is ridiculously miscast and the movie should have been called “Yankee Feminist Meets Tobacco Road.”

Spencer’s Mountain (1963). In a typical burst of artistic genius, Hollywood took Earl Hamner’s story of his Walton family, which became a popular TV series, moved it from Virginia to Wyoming, stuck in Henry Fonda, and made an unintentionally comic farce.

The Gift (2000). This monstrosity involved half a dozen A-list stars in a truly absurd plot that brings in every evil Southerner cliché that has ever been dreamed of.

Shag—The Movie (1987). This is about a Myrtle Beach summer. It could have been a quite moving coming-of-age story, but the makers had to insert a particularly disgusting misuse of the Confederate flag.

Yankees seem to be particularly unhinged by the laissez les bon temps of New Orleans and the South Louisiana bayous. A whole catalog could be compiled of absurd films about this region: No Mercy, Shy People (which contains another repulsive misuse of the Confederate flag), Angel Heart, A Love Song for Bobby Long, JFK, Pretty Baby, Suddenly Last Summer, A Walk on the Wild Side, as well as repulsive contributions by Clint Eastwood, Nicholas Cage, Sylvester Stallone, and Jean-Claude van Damme.

But, enough of this, with which I could easily go on until Christmas. These are merely scrapings from the top of a very deep pile.

But let me positive for a change and give you a few decent New Orleans movies, though none are suitable for family viewing: The Big Easy, Undercover Blues, and the hard to find Judas Kiss (1998)—not to be confused with a 2011 homosexual epic of the same title. In Judas Kiss Brits Alan Rickman and Emma Thompson do quite good Southern personae and accents. Actors who have real professionalism seem to do very well with Southern accents. They are very seldom Northerners but usually Brits or Aussies. Perhaps because the South and Australia are among the two parts left of the world where the predominant settlers were native English speakers. The great Australian Jack Thompson makes a very good Southerner in the otherwise meritless film, Midnight in the Garden of Good and Evil. My respect for the Aussie star Russell Crowe has been greatly enhanced by very good Southern accents he does in both A Beautiful Mind and Body of Lies.

This rumination over the South in cinema was originally designed for five installments. But the territory to be covered is vast. Dad always said that you should give credit where credit is due, and Mother always said you should have something good to say about people if at all possible. So Part 6 will have some positive things to say about our subject.