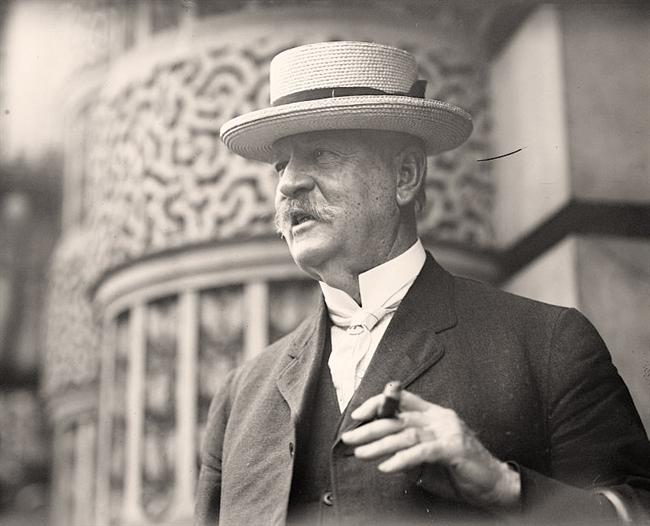 How (and Why) to Dress Like a (Southern) Conservative, Part I I probably should not admit this due to certain… ummm… shall we say… stereotypes, but since I was a young adult, I have had a particular interest in fashion. For the record, I am married with six children. Probably reflecting my underlying conservative disposition, however, I was always more concerned with the “rules” of fashion, such as they were in my suburban blue-collar experience, than I was with following the latest trends. This concern for fashion rules has stuck with me even to this day, sometimes much to the dismay of my children. On a couple of occasions, for example, I have tried to explain to one or the other of my sons that what he had on or was looking to buy were “summer” shoes, only to have him look at me as if I was crazy and question how I ever came to marry his mother. “What do you mean a summer shoe?” Such is the burden I must bear, I suppose.

I have also, since young adulthood, identified as a paleo or traditionalist conservative, as opposed to the more common type of modern “movement” conservative. This combination of interests in traditional fashion norms and traditional conservative politics has led me to think along the lines of the title of this essay for some time now. While this set of interests strikes me as logically consistent, my experience suggests that it is not a particularly common combination. A Yahoo search for “how to dress like a conservative” (without the quotes in the search) produced a lot of noise about how to dress conservatively, which is not exactly the same thing. The results that do actually address the topic were mostly snarky liberal articles and videos meant to ridicule conservatives. The one result that came back that was on target was written by Alan Cornett who I actually know (virtually) and know to share our apparently rare combination of interests because we used to inhabit some of the same conservative and clothing forums. “Hey, do I know you from…?”

This lack of focus on appropriate attire within trad con circles is unfortunate, because I believe aesthetics are an important part of the whole trad con package. Upon consideration, I have concluded that there are two ways to dress that could signal to the world, so to speak, one’s conservative leanings, not including simply wearing an NRA or Hillary for Prison or whatever t-shirt. The first, the subject of this essay, would be to consciously make “dressing up” your baseline public presentation. The second will be the subject of part II. As we will see, today’s dressing up was yesterday’s routine attire. As a traditionalist conservative, I have developed something of a motto: “If you want to restore the past, you should act like you are living in it.” This manner of dressing would follow that logic.

I first started thinking seriously along these lines when I read this 2003 article by Jeffrey Tucker. Mr. Tucker makes an important point that most modern Americans miss since our current norms have been the standard for decades, but much of what people routinely wear today are, by historical standards, work clothes or otherwise not clothes once considered suitable for public presentation. Jeans, for example, used to be exclusively for manual labor, not a fashion statement.

This is why cotton khakis are considered “casual,” a designation that used to confuse me. Since they are not jeans, I, like many others, believed that putting on a pair of khakis constituted dressing up, but historically, this is not the case. Khakis are rightly considered informal primarily weekend attire, particularly if your day is going to include a lot of outdoor activity. Routine attire would be a wool pant. (Since these norms were generally suited for the North, some accommodation to the reality of weather in the South is allowed.)

Stephen Carson, who incidentally used to frequent one of the same clothing forums that Alan Cornett and I used to frequent, indicating what a small world us traditionalist fashion aficionados inhabit, was likewise inspired by Mr. Tucker’s article and later wrote of his year of following Mr. Tucker’s sartorial advice. As Mr. Carson points out, watch some old movies or look at some pictures from the 50’s or earlier. Men are routinely clad in jacket and tie unless they are depicted doing manual labor. It was the hippie counter-culture of the 60’s, as much as any other influence, that changed this. The TV series Mad Men, which spanned the decade of the 60’s, chronicles this sartorial decline as well as anything.

Why would modern day trad cons want to rubber stamp a change brought about by counter-cultural forces that have also contributed to the degeneration of our traditional society in many other ways than clothing standards? Perhaps trad cons should instead counter-signal, so to speak, our prevailing cultural decline by consciously embracing a manner of dress and norms that characterized a bygone era and still characterizes the dress of certain people of a particular station? Since routinely dressing appropriately is so counter to the modern norm, it is a potentially subversive act. When people ask you why you are dressed up, tell them. This could potentially impact a lot more people than writing essays that preach to the choir, or campaigning for Republican candidate A, or whatever else it is we do to try to restore right order to our civilization in free fall.