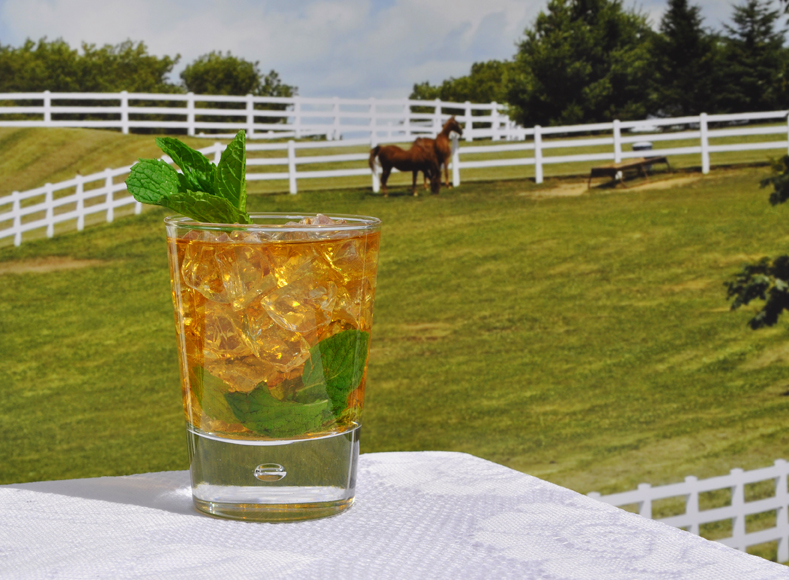 How ‘bout a Little Bourbon with Your Philosophy?

By John DevannyFebruary 26, 2015Blog
No Comments What exactly makes the South, the South? Hosts of scholars have puzzled mightily over this one. Historians might point to the old Confederacy, human geographers might look for the proliferation of Southern Baptist Churches, as well as clusters and distributions of BBQ joints and firearms ownership, while linguists ponder over the prevalence of “y’all” and other Southern speech patterns. The Academy is a nervous, for you see, the South seems to be slowly disappearing. This means coming up with new villains, and perhaps even more hysterical fulminations on how slavery in the southern United States is the root of all evil: past, present, and future. Yes there is grant money and tenure at stake here too, though one might justly believe that the South was studied and analyzed into an early grave. But really the South, however ill-defined, does seem to be disappearing.

Let’s have the evidence you say? Well, here goes. The snow geese migration has taken a pretty heavy toll on traditional voting patterns in Maryland (1970s), as well as current day Virginia and North Carolina, not to say anything of Atlanta and Florida, but that of course goes back to carpetbagging days. Southern accents are disappearing. Case in point, the midlands accent of New Jersey and Pennsylvania once extended to the area north of Baltimore, now it is firmly entrenched throughout most of Maryland and northern Virginia. Just find a linguistic map from 1970 and compare it to one from 2010, you’ll see. In my teaching career, the sons and daughters of people born and bred in South Carolina sport the accents of the San Fernando Valley. “Like, really?” “ Yes, Tiffany, really.” There was a time, as far north as Baltimore, that when you ordered iced tea it came sweetened; now we all must specifically ask for “sweet tea” in all places south of Mason and Dixon’s line. The list could go on ad infinitum. And truth be told, much of what we take as “Southern” since the Late Unpleasantness is of dubious heritage. Tent revivals, fundamentalism, bible colleges, football, textiles, are northern imports one and all.

So let us join Boethius, not the bird dog but the philosopher, who wrote The Consolation of Philosophy, and pour ourselves a bourbon (on a bit of crushed ice please) and find some consolation in our philosophizing about this predicament. Indeed we are already fortunate for poor Boethius only had philosophy for consolation, and we have bourbon as well.

So we might begin by considering why we might begin to miss such things as Southern accents (all thirteen or so of them, there ain’t just one), sweet tea, tobacco fields, and such. Well these things, indeed all the familiar voices, places, people, cuisine, and habits are the temporal, and at times sacred, signposts of our lives and the lives of our society. These things work their way into our very being. As beings both temporal and spiritual, we carry within ourselves the marriage of the temporal and spiritual. To wax theological a moment, the whole point of the hypostatic union was to marry the divine to the temporal so that the latter might be raised out of the whole mess of original and actual sin. What makes the South, “the South,” is the substance embodied in voice, sight, smell, and taste. This substance is something more than an ephemeral form (God preserve us from the “America is an idea” and “The South is an idea” types). The substance is married to blood and soil, to the temporal beings who encounter its existence. Whatever the sights and smells of the part of the South from which you hail, these contain within themselves the substances of the virtues to which they are married. A Christmas Eve duck hunt in the tidewater does not merely evoke or call to mind friendship, civility, and hospitality, these are intimately bound together to the thing itself. The same can be said for the local pig pickin’ in North Carolina, the parish shrimp boil in Louisiana, and the oyster roast in the South Carolina low country.

These marriages of the temporal and spiritual were not made ex nihilio. The ancestors of those who would live in the South encountered a land that they viewed as a garden, not a wilderness upon which to erect cities on the hills. Too often some Southerners and their descendants failed in their duties to the garden and its original inhabitants, but many tended the garden with skill and care, and befriended and married its native inhabitants. Yes, many also purchased the sons and daughters of Africa, and many committed grave cruelities upon them, but many also lived with, supported, and worked side by side with their bondsmen. Whatever his faults regarding slavery, the Southerner never found the existence of Africans in his world per se a scandal, that particular foolishness had its roots in regions further north. The Southerner had a high tolerance for the “imperfections” of the natural world and the society in which he lived; he acknowledged the existence of constraints.

If then we can locate a fundamental distinction in America between the archetypical Southerner and the archetypical Yankee, it is that the former attempted to conform his mind and existence to reality whereas the latter hoped to bend reality to the abstract products of his mind. This latter position is a horrifying philosophical mistake. It brings to mind the eulogy delivered at Robert Kennedy’s funeral given by his brother Edward Kennedy when the younger Kennedy said of his dead brother that, “He dreamed of things that never were and asked why not?” Such a statement might be taken for a symptom of insanity for its denial of constraint, limit, and the existence of the Creator’s design. The Southerner was, and a number of them still are, philosophical realists (or as Flannery O’Connor might have said, “hillbilly Thomists”). That is why the natural world was so important to the Southern way of life. The world was real, not a play-ground for the abstractions of secular Puritans or neo-Platonic fantastics. The hillbilly Thomist conforms his mind to reality, seeks to improve what can be improved, ameliorate what can be ameliorated, and endure what cannot be changed. He embraces reality, not virtual reality. We need more hillbilly Thomists. Otherwise the task to preserve what is noble, good and true in the Southern tradition will be an even more daunting task.

The slow disappearance of Southern manners, speech patterns, rural life, cuisine and all the rest are disturbing because these are so intimately tied to a peculiar (at least peculiar in the American context) Southern acknowledgement of reality. Thus, the fading of accents, mores, and ethos are not the mere fading of veneer, but the withering of substance. When Richard Weaver remarked that the American South was the last non-material civilization in the West he based this on his observation that Southern piety was founded on the inscrutability of nature and providence. From this orientation flowed the old virtues of hospitality, friendship, respect for place and hierarchy, and release from envy. In such a place evils might be tolerated longer than some thought seemly, but for all that, it would be hard to discover a finer country.

Hey darlin’, fetch me another please and make it a double—the company are stayin’ awhile.