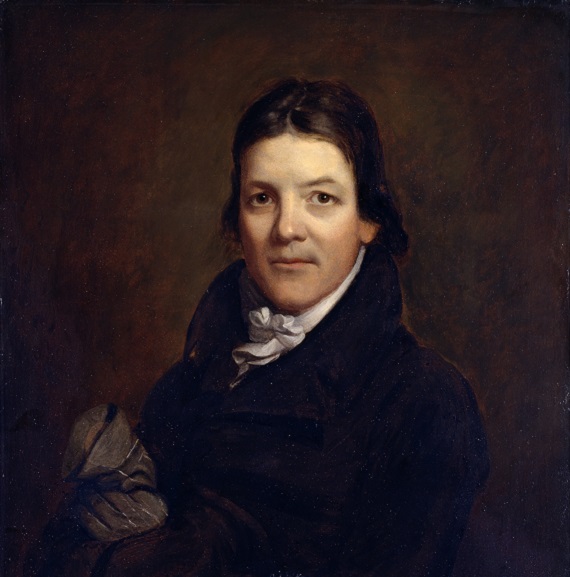 June 2 was John Randolph of Roanoke’s (1773-1833) birthday. We at the Abbeville Institute missed it during our week dedicated to Jefferson Davis, but the two could have been celebrated in tandem. Davis’s cause in 1861 was no less than what Randolph consistently championed during his long career in the United States Congress. The “American Burke” as he has been called prophesied the the destruction of the Union long before the fatal events that led to War. And Randolph welcomed it. It would be better to be independent, Randolph thought, than under boot of unconstitutional tyranny.

Even long standing adversaries eventually recognized his brilliance, John C. Calhoun foremost among them. Randolph’s Union, the one that the founding generation pieced together in good will and mutual respect, died many years before Lincoln’s election. Randolph’s many hours spent reading and ruminating in his detached little plantation study produced a mind unmatched in the antebellum period for its depth, prescience, and clarity. Randolph defined the South and the spirit of Southern conservatism, and he should be remembered as one of the fathers of the Southern mind. His perception of the world was forged by the culture of Virginia, a culture that took root in America two hundred years before his death and several generations before that in England, Rome, and Greece. That continuity is what Southerners championed before, during, and after the War.

Medical problems and his liberal use of liquor and opium have led historians to chastise Randolph’s long often rambling speeches. But there are jewels there, polished stones in no need of refinement.

For example, his speech on “On King Numbers” at the 1829-1830 Virginia Constitutional Convention should be regarded as one of the finest in American political history. Most Americans, including the historical profession, have never read it. Here, he warned his colleagues, his countrymen in Virginia, what to expect from expanded suffrage and the centralization of power.

I have very high authority…to say that the Federal Government was intended to be charged only with the external relations of the country; but, by a strange transformation, it has become the regulator…of the interior of the country: its roads, its canals, and, more than that, of its productive, or rather, its unproductive labour….

What provision is there…either in the Constitution of Virginia or the Constitution of the United States, which establishes it as the principle that the Commonwealth of Virginia should be the sole restraining and regulating power on the mad and unconstitutional usurpations of the Federal Government? There is no such provision in either:–yet in practice and in fact, the Commonwealth of Virginia has been, to my certain knowledge, for more than thirty years, the sole counterpoise and check on the usurpations of the Federal Government–so far as they have been checked at all: I wish they had been checked more effectually.

For a long time, our brethern of the South, because we were the frontier state of the great Southern division of the Union, were dead to considerations to which they have, I fear, awaked too late. Virginia was left alone and unsuported, unless by the feeble aid of her distant offspring, Kentucky. It is because I am unwilling to give up this check or to diminish its force, that I am unwilling to pull down the edifice of our State Government from the garret to the cellar, aye, down to the foundation stone. I will not put in hazard this single good for all the benefits the warmest advocate of reform can hope to derive from the results of this body.

Are we men…Or are we in truth, a Robinhood Society discussing rights in the abstract? Have we no house over our heads? Do we forget that we are living under a Constitution which has shielded us for more than half a century?—that we are not a parcel of naked and forlorn savages on the shores of New Holland; and that the worst that can come is that we shall live under the same Constitution that we have lived under, freely and happily, for half a century? To their monstrous claims of power, we plead this prescription; but then we are told: nullum tempus occurrit Regi (no time runs against the king). King whom? King Numbers. And they will not listen to a prescription of fifty-four years—a period greater by four years than would secure a title to the best estate in the Commonwealth, unsupported by any other shadow of right. Nay, Sir, in this case, prescription operates against possession. They tell us it is only a case of long-continued, and therefore of aggravated, injustice. They say to us, in words the most courteous and soft…”we shall be—we will be—we must be your masters, and you shall submit.”

Randolph died in Philadelphia. Years before, he asked to be buried standing up facing West so as to keep an eye on Henry Clay, the nationalist innovator who continually schemed in the Congress to destroy the federal character of the Union. Randolph famously dueled him in 1826. After his death, Randolph’s will freed his entire slave population, an act that echoed what another great Virginian, George Washington, accomplished three decades before. It is easy to see how Randolph can be overlooked by the modern historical profession. His words and actions do not comport to their sophomoric version of history. Randolph would ask them, “Are we men?” I think the answer is clear.