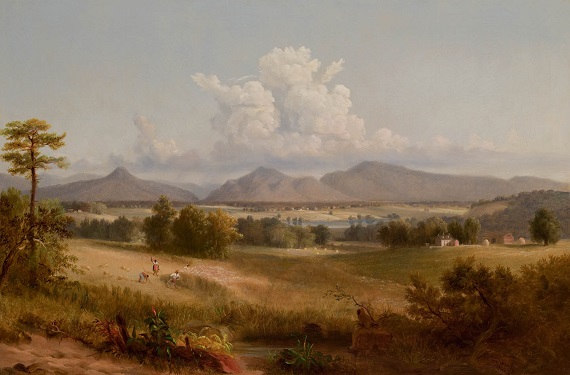 Requiem for a Hell Raiser

We all, as we go through life, encounter people that who deserve to be remembered. Everyone does, in a sense. But all these people, their good and bad characteristics, are more personal when you have a familial connection to them. My Grandfather, Lewis Charles ‘Mecky’ Freeman, was a man who surely deserves to be remembered, for weal or woe.

Lewis Charles Freeman was born on August 29th, 1941 near Mt. Judea in Newton County, Arkansas. Early on, he earned the moniker ‘Mickey’ due to him being so small at his birth that his mother made him a bed in a shoe box and let him sleep in a pulled-out drawer in her dresser (leading his folks to talk of him as being small as ‘Mickey’ the famous Mouse). However, that moniker would haunt him later.

Lewis grew up in a dirt poor world. Newton County was rough, and his generation was no exception. His father was prone to drinking bouts that left him at best, despondent, and, at worst, abusive. He often told me of hiding in the loft of the barn as he waited out his father’s wrath. It was in this environment that my Grandfather grew to adulthood.

Lewis was a short man, but he quickly learned to be rough. A trait he carried all his life, whether it was called for or not. His father was a whiskey maker, and he told me many stories of an Ozarks that I would never see nor even dream of. He and his cousin, Carl, oft told of a trip that they made ‘haulin’ whiskey to a buyer out of the county. They told me that they had 55 gallons of what my Grandpa termed ‘Wildcat’ in a ’55 Ford car. Carl asked my Grandfather ‘What happens if we get caught??’ My Grandpa rummaged around and found a tire iron in the back floorboards; he responded ‘If we get caught, we’ll break every jar in this car!’ Carl replied, in so many words, ‘Hell, that would drown us!’

My Grandpa never would make whiskey. He always told me ‘Dad didn’t want us making whiskey.’ His rocky relationship with his father would subside as the years rolled by, though he would forever remember these things.

Lewis grew up to be a man who was short in stature, but not in character. He quickly followed his own father in being a local ‘landmark’ who had an affinity for ‘shootin pool’ and running pool halls. He opened his own near Mt. Judea, where his father had opened one, in the early 1970s.

Throughout the 1970s-1980s his pool hall flourished, but well before this he began to hate the ‘Mickey’ moniker foisted upon him. Since he could not escape being known as ‘Mickey’ he began to tell people it was ‘Mecky’ to differentiate (I know, verbally it makes no difference, but it meant something to him).

His pool hall was the focus of local activity for many years, and would continue to be so even after the fateful night of April 19th, 1986. To keep the story short and to the point: a young man who was a close friend (some would say, like a son to him) and my Grandfather, got into an altercation and ran off some folks who were there to start trouble. Later that night, they ambushed my Grandfather and his friends and instantly killed his friend, while wounding my Grandfather and the driver of the truck.

This incident would warrant it’s own study; and may do so in a latter article, but for the moment, we will practice brevity.

My Grandfather changed that night; he had many shortcomings, as did all men, but this amplified them.

I came along in late 1987, and the prior Lewis Charles Freeman, that I so often heard about, was just that: a story to me.

Lewis Charles Freeman became ‘Papa Meckey’ to me. I began to love haunting his place. My mother would bring me up to see him and I loved being around the pool table and watching folks shoot pool and throw darts and enjoy the ever-present Elvis Presley (I have cheated the reader at this point by not explaining that my Grandfather was, quite possibly, the biggest Elvis fan ever, and we were treated to a steady diet of his music).

In the midst of the cigarette (and other) smoke and Elvis Presley, I grew to be a man. ‘Papa Meckey’ would oft give me advice on shooting pool and telling me that I was blessed to be one that leaned towards ‘cut shots,’ telling me ‘The man that makes cut shots usually wins the game!’

The thing that he never spoke about, until he was nearing the latter part of his life, was that he carried the guilt of how his friend had been murdered because of him. He spoke candidly with me once about it, and it breaks my heart to this day. He truly was a man who had a load placed on his shoulders that he didn’t deserve. It was a load that he spent the rest of his life regretting. My grandfather made a choice that night, and I think he was absolutely right in running those people off; but the fact that they were ambushed later, leading to his friend’s death, lead him to doubt his actions. He lived with that the remainder of his life. His guilt was his burden, whether real or imagined, and either way it was there to the end of his life. Personally, I think he was much to hard on himself for what transpired that night, but no amount of my telling him could dissuade him from his belief.

I would make time to go see my Papa, but I never made enough; while seeing a cousin of mine, my wife and I were en route to see him one day when he had a ‘blackout spell.’ So we left him be and went on with our day.

I’m thankful that my mother and friends went and saw him shortly before that and spent a nice day visiting with him in front of his cabin (which he built) by the pond.

There are no wordy declarations I can spout that would make you truly ‘know’ my Papa Mecky.

He was a man. He was a troubled man, with a troubled childhood, who let that spill over onto the pages of his own life.

He chased demons from his childhood to adulthood.

But what I do remember is this: a friendly old man who loved Elvis and could give damn good advice on shootin’ pool. A man who could (and did) freely talk to me about his troubled childhood and adult life and do his best to give me his advice.

My Papa Meckey was a local force, for weal or woe. He was a man who was all his own.

Once, I noticed his headstone (which he had set in the Mt. Judea Cemetery well before his death), and upon visiting himself shortly afterward, he asked me ‘Did you see my stone up there??’ I responded ‘Yeah, I got a bit worried there!!’ To which he laughed and assured me that he was still with us.

I will forever miss that assurance.