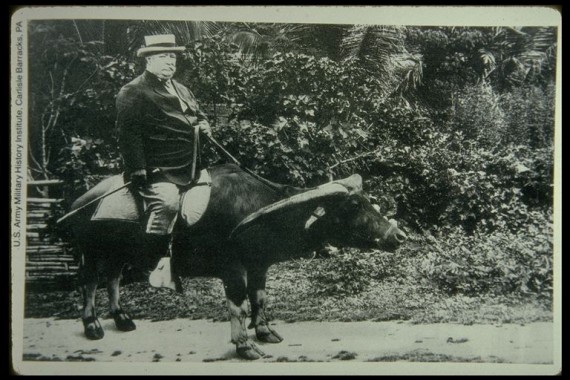 Sayings By or For Southerners, Part XXIV

By Clyde WilsonJanuary 13, 2016Blog
No Comments

Totalitarianism, defined as the existential rule of Gnostic activists, is the end form of progressive civilization.–Eric Voegelin

The South is the foe to Northern industry—to our mines, our manufactures, and our commerce.–Abolitionist Theodore Parker, 1861

Consolidators, supremacists, and conquerors, however, will all equally disregard any instrument, however solemn and explicit, by which ambition and avarice will be restrained and the happiness of mankind improved.–John Taylor Caroline

Those who have the most virtues in their mouths have the least in their bosoms.–Oliver Goldsmith

I am not one of those who believe that it is well to educate the mass of Negroes with academic or university education.  On the contrary, I am firmly convinced that the hope of the Negro is in his industrial education throughout the South and in teaching him to be a better farmer, a better carpenter, and a better blacksmith than he is now, and to make more blacksmiths and more good farmers  than there now are among the Negroes.–President William Howard Taft to the students of Fisk University,  July 1911.

The only communities who have had their characters manufactured for them by governments have had a villainously bad character.  Noble races make their governments.  Ignoble races are made by them.–Robert Lewis Dabney

“Civil society” has almost completely disappeared:  nothing and no one exists outside the state.–Octavio Paz

Our defeats are less a product of what  our enemy does to us than what we do to ourselves.–William S. Lind

It has been remarked facetiously that an intellectual is a man who can hear the “William Tell Overture” without thinking of the Lone Ranger.–Odie B. Faulk

The South is a garden.  It has been worn out by the War, Reconstruction, the Period of Desolation, the Depression and the worst ravages of all—Modernity;  yet, a worn-out garden, its contours perceived by keen eyes, the fruitfulness of its past stored in memory, can be over time, a time which will last no longer than those of us who initially set our minds to the task, restored, to once again produce, for the time appointed unto it, the fruits which nurture the human spirit and which foreshadow the Garden of which there will be no end.–Dr. Robert M. Peters of Louisiana