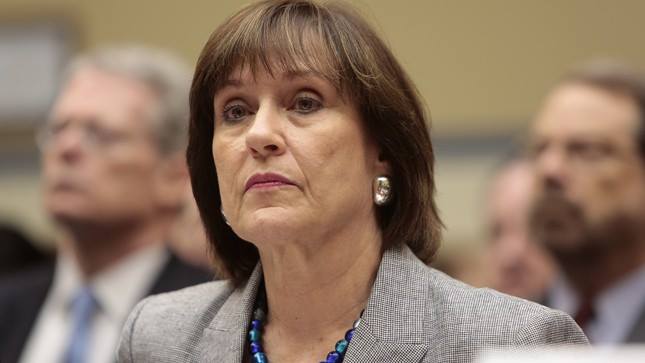 Secession For The North!

By Brion McClanahanAugust 24, 2015Blog
No Comments Two weeks ago, authorities combing through disgraced former IRS executive Lois Lerner’s e-mails released a message she sent to a subordinate who had complained about a Texas Tea Party group. “Look my view is that Lincoln was our worst president not our best,” she said.  “He should [have] let the south go. We really do seem to have [two] different mind sets.”  She also insisted in 2012 that, “We [the U.S.] really need to split in two — we are so polarized that we can’t do anything constructive.”

Lerner hails from Massachusetts, and her comments about Lincoln and secession sparked some debate in the press about her political views.  Everyone considers her a partisan hack and nothing in her correspondence suggests otherwise, but these statements should have led to a more thoughtful discussion about the current nature of the American “union.”  Instead they were treated by the mainstream press as throwaway remarks, little more than quaint examples of an eccentric political mind.  The Drudge Report headlined her remarks and some neoconservative blogs defended Lincoln and called Lerner a quack for her blatant misunderstanding of the “slave regime” of the South.  After all, if Lincoln and his self-righteous Republican allies had never bloodied the South, we still may have slavery in America!

In reality these comments represent a strain of neglected antebellum Northern American political thought.  You see, it was the North, not the South, that first advocated secession.  In 1794, two members of the Philadelphia Convention of 1787–Oliver Ellsworth of CT and Rufus King of MA–cornered John Taylor of Caroline in a Capitol cloak room to press the case for secession.  It was apparent, they said, that a Union of such discordant peoples would not benefit either section.  Better to part in peace then to be perpetually at political (and eventually physical) war.  This was only six years after the Constitution was ratified.

Northerners continued to press the issue into the 1840s.  In 1801, several Federalists threatened secession over Thomas Jefferson’s election.  James A. Bayard of Delaware, who cast the tie-breaking vote to place Jefferson in the executive office with a blank ballot, privately wrote that he did so to prevent such a move.  Just two years later, the “Essex Junto” led by former Secretary of State Timothy Pickering wanted out after the acquisition of Louisiana by the Jefferson administration.  All of those future farmers would upset the balance of power in the Congress and render the North a permanent political minority.

During the War of 1812, the North again dusted off secession as a possible remedy to oppose “Mr. Madison’s War.”  The war disproportionately affected Northern shipping interests.  This moved many  Northerners, among them the Daniel Webster, to suggest that a separation would be the preferable course to an unjust bondage with States that held widely differing views of political economy.

Abolitionists into the 1840s called the Constitution a compact with the devil and considered the Union an unholy alliance with sin.  In 1848 the militant abolitionist William Lloyd Garrison fervently pushed for Northern secession.

How, then, did the North come to regard secession as treason?  Simple.  By 1861, it dominated the general government.  A taste of power heals all wounds.

Perhaps the South was wrong in 1861, not for insisting on self-determination, but on advancing it for themselves.  They should have pressed it for the North.

The South had long led the Union.  Five of the first seven presidents were Southern.  Her people had acquired the vast territories of the West, led the United States to independence both on the battlefield and with the pen, provided the manly vigor necessary to preserve that independence for decades, and given the Congress the leading statesmen of the day.  Southerners were not the oddity in  antebellum America.  That honor went to the “Deep North” and their breed of malcontented reformers.

Jefferson said in his First Inaugural Address in 1801 that if anyone should pursue secession, it was the duty of all Americans to recognize the error of the message but to peacefully let them go if necessary.  The Union was a voluntary compact of States.  Every American, North and South, recognized that fact.

It April 1865 it became compulsory.

Some modern leftists have insisted that the South should go.  “We are better off without them,” they say.  It is always suggested, however, that it is the South that should leave the dance.  They tried that once and now their symbols of self-determination are being furled and their heroes vilified.  Maybe it is time for the North to take the lead.  Most Southerners would agree that we would be better off without Lois Lerner, Nancy Peloisi, the Kennedys, Obama, Barbara Boxer, Bernie Sanders, et, al.

Let’s dust off the “Bear Flag Republic.”  Secession For The North and Lois Lerner for President!