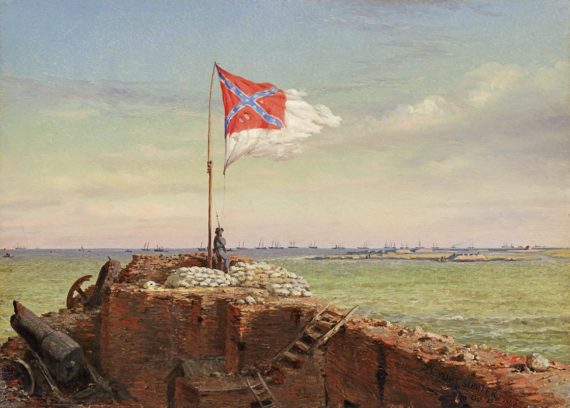 In 1978, Georgia native Richard Harwell–older brother of the famous baseball broadcaster Ernie Harwell–published In Tall Cotton, a list of the 200 most important Confederate books. He asked fellow Georgian E. Merton Coulter to write the introduction knowing that this list would provide a valuable resource to those seeking to understand both Southern history and the Confederacy.

Modern establishment historians would scoff at many of the suggestions because they were written by “Lost Cause” apologists. I remember telling a fellow graduate student that I enjoyed Coulter’s history of Reconstruction. He responded that it was probably the best “older” interpretation of the period, but that new scholarship proved it invalid. Yet, Coulter covered areas that most historians had ignored, including issues like Southern sports and the influence of Reconstruction on Southern notions of leisure. His history of the Confederacy accomplishes the same purpose. Like William Dunning’s history of Reconstruction, Coulter had a broad view of the topic that modern historians miss because they are too fixated on the issue of race. Of course, neither Coulter’s nor Dunning’s appraisals of the period have been proven invalid. Unfashionable, yes, but not invalid.

Harwell included dozens of published memoirs and diaries in his extensive list. These primary sources often show the depth of Southern political, cultural, military, and economic thought during the most taxing and violent period in American history. His selections offer a geographically and culturally comprehensive view of the conflict, from the Southwestern frontier to the American Indian tribes that sided with the Confederacy. This isn’t an “Army of Northern Virginia” and “Gods and Generals” view of the War. Diplomacy and naval affairs are featured prominently in his list, as are women, technology, religion, literature, and even medicine.

The book was published in 1978, meaning some recent material could be added to the list of “essential” Confederate books, but because many of the works in Harwell’s list are in the public domain, readers can access them free of charge via the Internet Archive, Google Books, or other services.

An event as complex as the War for Southern Independence requires extensive study. Reducing the conflict to “slavery” or disparaging Southerners as “traitors”, “oligarchs”, or uneducated backwoods devils is the product of Republican propaganda from the 1850s and 1860s, not careful reflection and attention to primary sources. Presentism has reduced the historical profession to political activism, and thus made historians little more than mouthpieces for modern party organizations. Real history involves imagination and the willingness to understand, two traits in short supply among our professional class of historians.

Harwell and Coulter provided an invaluable resource with In Tall Cotton. Finding a good copy today can cost hundreds of dollars, but thankfully it is available via the Internet Archive. Anyone curious about the Southern view of the War and Reconstruction should take the time to peruse Harwell’s suggestions in order to be a knowledgeable “Confederate reader.”