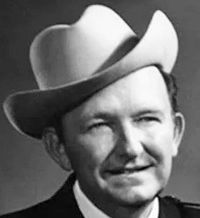 The Backcountry Wisdom of Lester Flatt

You might be inclined to think the above might originate from some clever conservative podcaster such as Matt Walsh or Michael Knowles, reflecting on the confusing gender dysphoric pandemic sweeping the nation. But no. It’s a little over fifty years old, penned by the late Lester Flatt, the great bluegrass guitarist and singer.

Of course, Flatt wasn’t singing about non-binary or gender fluid folks. He was bemoaning those damn hippies with their long hair who seemed confused about what makes men men and women women. The lyrics to the song, titled “I Can’t Tell the Boys From the Girls,” are quite humorous:

Besides complaining about an earlier version of gender confusion, Flatt also expresses his discomfort with the strangeness of city life. He declares: “I’m going to leave this city and go home.”  In other words, Lester Flatt, in addition to being a comedian, was also a wise man.

Perhaps you’d expect as much from a man who was born in humble circumstances in Duncan’s Chapel, Overton County, Tennessee in 1914, and suffered through the Great Depression. Flatt didn’t even start to make a name for himself as a musician until he was nearly thirty — in 1943, he played mandolin and sang tenor in The Kentucky Pardners, the band of Charlie Monroe, brother of the father of bluegrass Bill Monroe. And Flatt didn’t go mainstream until he was nearly fifty, with the 1962 hit, “The Ballad of Jed Clampett,” the first bluegrass song to ever hit number one on the country music charts.

Flatt’s music is a font of good ole’ time southern wisdom. Another one he performed with longtime musical partner Earl Scruggs, “California Uptight Band,” makes similar playful digs at those pretentious city slickers with their fancy clothes. He sings:

Yet Flatt weds his mockery to country charity. He hums those Golden State fruits and nuts some bluegrass tunes, and in no time they’ve “got a brand new style.” What those uptight urbanites needed, says Flatt, was “a little education from the country sound.”

Twenty years before he was ridiculing hippies and Californiacs, Flatt was also preaching truth about the necessity of humbly remembering your roots. In the 1951 “Don’t Get Above Your Raisin,’” he croons:

Now I got a gal that’s sweet to me,
But she just ain’t what she used to be
Just a little high headed; That’s plain to see
Don’t get above your raisin’ Stay down to earth with me.

Now looky here gal don’t you high head me
For I ain’t forgot how you used to be
When you didn’t have nothin’ That was plain to see
Don’t get above your raisin’ Stay down to earth with me.

Flatt seemed to retain that Southern country boy humility throughout his career. Many of the songs on his albums with Scruggs are credited to “Certain and Stacey.” In truth, those songs were also written by Flatt, Scruggs and various other members of the Foggy Mountain Boys — Certain and Stacey were actually the maiden names of the wives of Flatt and Scruggs (Gladys Stacey and Louise Certain, respectively). As their friends and relations would likely have said “well, that’s real sweet, ain’t it?”

In the 1960s, Flatt and Scruggs’ record producer encouraged them to experiment with the new folk sound of counterculture types such as Bob Dylan, Donovan, Pete Seeger and Buffy Ste. Marie. Flatt was unhappy with the new direction. In an interview a few months before Flatt died in 1979, he related to journalist Don Rhods of Pickin magazine: “Recording those Bob Dylan songs has as much to do with me wanting to quit doing records with Scruggs as anything.” He even refused to perform Dylan songs, declaring: “I can’t sing Bob Dylan stuff, I mean. Columbia has got Bob Dylan, why did they want me?” While Scruggs became bored with bluegrass and eager experimented with new sounds, Flatt was a hard-nosed traditionalist.

He also played an important role in promoting a young Ricky Scaggs, one of the greatest bluegrass musicians of the last fifty years. You can watch a video on YouTube of Flatt and Scruggs performing “Foggy Mountain Special” and “Ruby” with a seven-year-old Ricky Scaggs. It’s truly mesmerizing — and at one point hilarious, when Flatt mispronounces the boy’s last name.

And, of course, Flatt did more than almost anyone besides Bill Monroe to preserve, popularize, and improve upon an important form of old Appalachian music. Check out him and Scruggs performing at the Grand Ole Opry. Moreover, who can deny the amazing quality of musicianship found on such tunes as “Foggy Mountain Breakdown,” which had its own day in the sun in the 1967 film “Bonnie and Clyde.” (Granted, the movie glorifies those two wicked criminals, and I’d recommend Kevin Costner’s 2019 movie “The Highwaymen” for a much better, more accurate portrayal of those historical events.)

What Flatt’s music and lyrics represent is the humble, backcountry wisdom of the Upper South, where men are taught to be men and women to be women, where husbands are taught to be faithful gentlemen to their wives, and where the technological progressivism of the anonymizing city is spied with suspicion. Flatt worked to preserve a true subculture of Southern identity — including that ole time religion — whose soundtrack owed much to his musical genius. May the angels carry us all home, Lester.