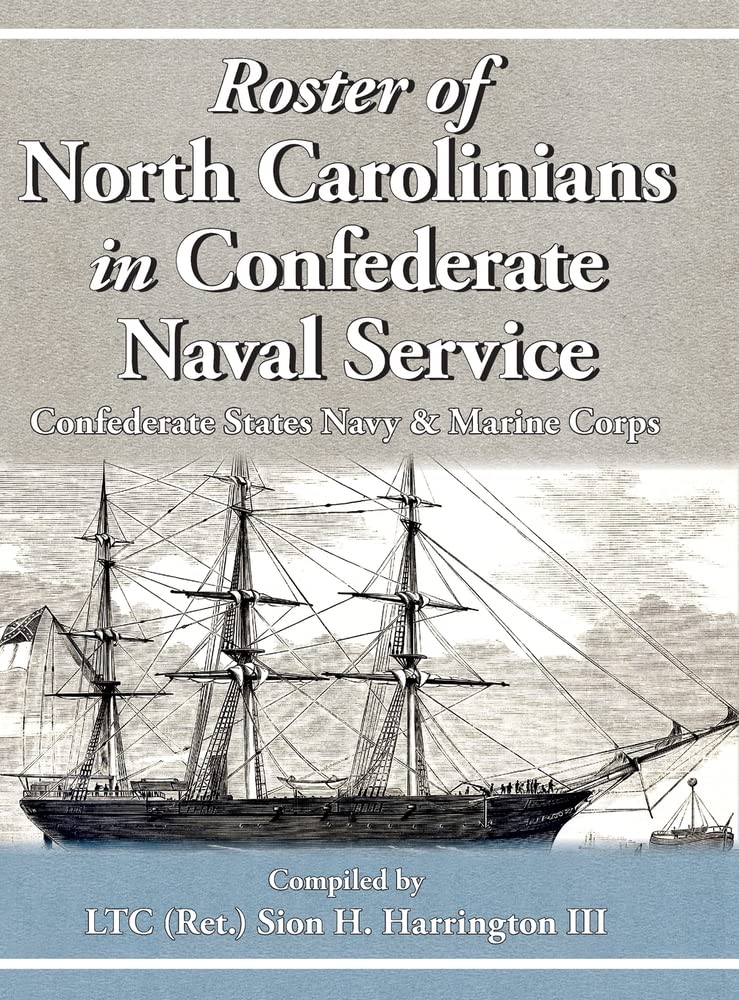 The monumental series, North Carolina Troops, 1861-1865: A Roster, began during the “Civil War” Centennial in 1961, under the direction of Dr. Louis Manarin, and has continued until recently, reaching now twenty volumes, covering artillery, cavalry, and sixty-eight regiments of North Carolinians who served in the Confederate forces. The last five volumes have been dedicated to Junior and Senior Reserves, Thomas’s Legion, Miscellaneous Battalions and Companies, and Generals, Staff Officers and Militia.

Lt. Colonel Sion Harrington (ret.), who was the North Carolina State Archives Military History Archivist (until his retirement in 2011) understood, however, that despite the enormous labor and work that had gone into the North Carolina Troops Roster—now in its sixtieth year—that there were thousands of additional combatants who served in Confederate naval and marine service who had not been properly counted in the original work.

Beginning in 2003, Colonel Harrington began his own thorough research into those naval Confederate veterans. And the work was painstaking and consumed much of his spare time. But with an excellent military and academic career, slowly he was able to accumulate accurate and comprehensive records for approximately 3,000 naval and marine personnel who were in some way connected to North Carolina, either as natives who volunteered from the Tar Heel State or who may have enlisted from North Carolina but were not residents.

Over the years, Colonel Harrington made contact with military historians, researchers and repositories that had collected archival material on naval veterans, as far away as Australia. And diligently he researched every type of document which might reveal naval service, including not just the accustomed archival sources and official records, but journals, private collections, correspondence, and other primary sources. The result is a superbly done, even elegant hard-back volume which does true honor to those men who served in naval service.

In addition to a complete alphabetical listing (including name spelling variations), each entry contains biographical information with citations as to the sources used. Harrington dedicates two appendices to his references, one listing his hundreds of sources and another giving abbreviations for those sources as used in the text. In some cases the information for an entry is voluminous and extends long after the war concerning the individuals’ later life (and information on an earlier career is also included). In other cases where the information is sketchy or questionable, we are presented with what is available, clearly referenced.

Harrington’s Appendix VII, “Interesting Tidbits from The Roster of North Carolinians in Confederate Naval Service,” offers us some truly fascinating material, some of it humorous, some incredible, some tragic about the four-year existence of the Confederate Navy and its personnel. Indeed, it is one of the more engrossing portions of the roster—and one that in many ways humanizes the men who served the cause of Southern independence against incredible odds.

There is also a very helpful place name index for geographical entities and locations, and other non-personal items mentioned in the volume.

[This review was originally published by Confederate Veteran magazine, July/August 2022, vol.80, number 4, and is reprinted with permission]