The Constitutional Thought of Thomas Jefferson 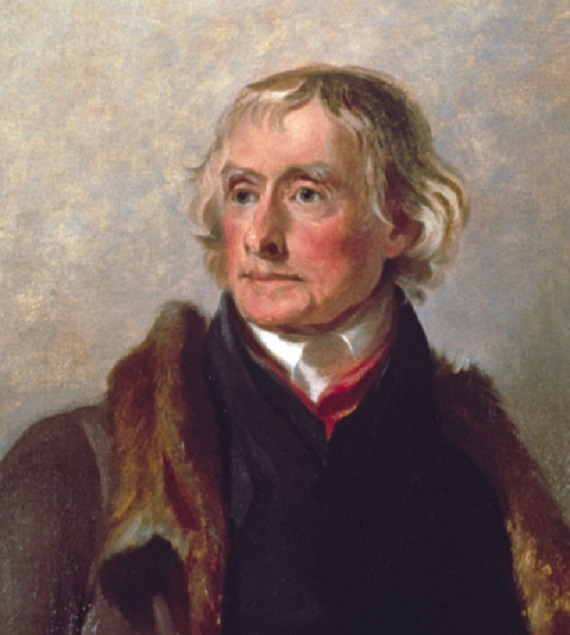 A review of The Constitutional Thought of Thomas Jefferson by David N. Mayer (University of Virginia Press, 1994).

Thomas Jefferson’s reputation is that of a great thinker. He is popularly (and I believe wrongly, but that is a different matter) believed to have been the greatest thinker among American’s Revolutionaries. It is as a writer and as an unofficial pontifex rei publici that Jefferson is remembered, as the man who sat on Monticello and defined American liberalism. Yet, despite the perennial attention to the thought of the Revolutionary generation, generations elapsed between the last book-length study of Jefferson’s constitutional thought and David N. Mayer’s The Constitutional Thought of Thomas Jefferson.

Mayer’s book is, first of all, a very nice physical artifact. Secondly, it is organized in a perfectly reasonable way. Mayer avoids most anachronistic temptations. There is little here about Jefferson and race, nothing at all about Jefferson and women. There is, though, a preoccupation with libertarian implications of Jefferson’s constitutional thought. Among other manifestations, this leads to inclusion of a chapter on Jefferson and the Bill of Rights. I would quibble with inclusion of such a chapter. Jefferson had nothing to do with drafting the first ten amendments to the federal constitution, and the idea that he persuaded James Madison of its necessity seems to me to be quite a stretch. In any event, his (and his contemporaries’) Mew was that those amendments’ sweep was only a small fraction of that which they have been given today. To give the space of one out of ten chapters to this subject is thus, alas, anachronistic.

Mayer also falls into the trap of drawing conclusions where there is not adequate evidence. We are told we can assume that Jefferson had the same views as his contemporaries on some questions, for example, Why? Ipse dixit. One would prefer a little more circumspection in this regard. (One would also note that in most books of this type, one notes a lack of circumspection; seldom does an intellectual historian say he does not know what his subject thought, although he often/usu-ally cannot.)

Those caveats are perhaps more in the mode of generalizable objections to the tendency in the field at large that about this book specifically. This book is both a good introduction to its topic and a nice primer on the constitutional problems of the Revolutionary and Early Republic periods. Jefferson was, after all, at the center of the major issues of his era. Indeed, many of them—judicial review and federalism, for example (to each of which Mayer devotes a whole chapter)—became burning issues largely because Jefferson chose to make them such.

Mayer deserves credit for his interpretation. Unlike many in academia, he sees federalism as a central constitutional value for Jefferson (right there with republicanism and separation of powers). Mayer describes the significance for the regime of the “Revolution of 1800,” as Jefferson referred to it, and describes clearly the Jeffersonian hope for perpetual tinkering with (or improvement of, if one adopts the Jeffersonian point of view) American constitutions by amendment.

Much in Jefferson’s teaching could usefully be resuscitated today. Surely federalism, limitations on the role of the judiciary, and readiness to amend the constitution when amendment is indicated are all good ideas. In addition, Jefferson’s notions that the president must be “Bound by the Chains of the Constitution” and that government is “Founded in Jealousy, and Not in Confidence” have obvious implications in a day when the president and leading  members of the media castigate anyone who dares to express skepticism toward government.

For the student of the period or devotee of things Jeffersonian, there is not much that is new in The Constitutional Thought of Thomas Jefferson. However, David N. Mayer has done a nice job of organizing the great Virginian’s thought in digestible form.

Kevin R.C. Gutzman is the author of Thomas Jefferson--Revolutionary, James Madison and the Making of America, The Politically Incorrect Guide to the Constitution, Virginia's American Revolution, and with Tom Woods Who Killed the Constitution?
View all posts