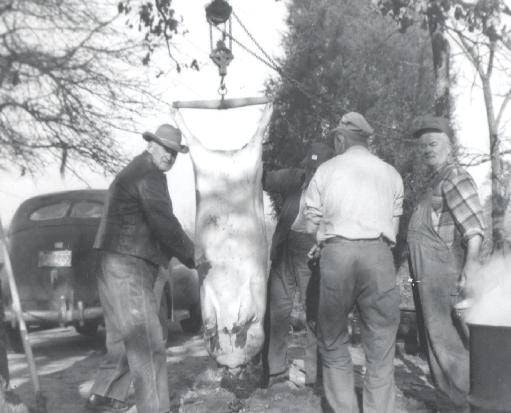 A dozen years ago or so, I was pastoring a small country church in the smallest county in the state of Mississippi. After church, one of the deacons said, “We’ve got a big dinner set on. You wanna come eat? Gonna be good.”

His name was Gabe. He was chairmen of the deacon board, pater familias to over half of the congregation, and pretty much the church straw boss. But he was a kindly, white-haired gentleman who was unpretentious as a dirt clod. He held power mostly because he didn’t want any of it. But he also had mischievous streak as wide as The Big Muddy.

“Ride with me,” he said. He was grinning through a sparse set of tobacco-stained teeth that I swear was the mirror image of the jagged row of headstones half-covered with moss in the cemetery out back.

When I climbed into his pickup truck he said, “We need to make a stop before we head to the house to eat. Won’t take long. You any good with a rifle?”

“Well, I can shoot one if that’s what you mean. But why do you ask?”

“We gotta’ go kill half a dozen hogs or so before the weather turns.”

I was sitting there in a three-piece suit and freshly polished oxfords. “Kill hogs?!?” I said, eyes wide as saucers.

“Yeah, it’s gonna storm later and I told Mildred we’d bring one home after church. She wants it as a gift.”

So there I was, traipsing through the woods with a rifle slung over the shoulder of my Brooks Brothers suit, and coating my good shoes in mud and mashed persimmons. Directly, we came to a trap that was basically a big cage. It held five or six mad hogs.

“Shoot em’ in the neck if you can, Preacher. Don’t wanna ruin the heads. Mildred will make souse outta’ that. I’ll open the latch and bleed em’ once you fell em’ all.“ Just a few minutes earlier I’d been waxing eloquent on Isaiah, now I was standing in a thicket getting ready to dispatch half a herd of swine.

After I fired six shots Gabe opened the gate, crawled in the cage and began slitting throats. “You got em’ all in the neck, more or less,” he said. Grinning that graveyard grin. “Now,” said he, “grab the hind end of that sow yonder and let’s go. She looks fairly light.”

“Do what?” I said with no small amount of surprise. But then again, surprise had become my default position by now.”

“We gotta’ tote it out, preacher. She can’t walk. You done shot her.” Gabe chuckled.

“Nothing is impossible with the Lord,” he said confidently. “If you need to stop and rest a few times just tell me. I’ll go slow.” Coming from a 70 year old man, that was meant to spur me on to feats of strength. And by George it worked.

We managed to get the sow out of the woods and into the back of the pickup in less than half an hour. But I was a walking pig sty and slaughter house rolled into one. I was covered in blood and mud and sweat and shit and felt like I had half of Greene County in my shoes.

“What about the others?” I asked.

We rolled into Gabe’s driveway in less than five minutes. “I’m gonna go clean up a bit. We’ve got company comin’,” Gabe said as he stepped onto the back porch.

“Well, yeah. I told you that Mildred was giving the hog as a gift.”

“Gabe, I’m a nasty mess” I protested. I’m gonna have to strip all the way down to my T-shirt just to keep the buzzards from gagging. I’m in no shape to meet company.”

“Aww,” he said. He waved my words away with his hand like he was shooing a fly away from beside his ear. “It’s just an old Mississippi boy. I’ve known him for years. You’ll be fine.”

With that, I stripped down to my drawers, shucked on a pair of Gabe’s mud waders, and walked into the dining room. When I saw the “company” I froze in my tracks. I was looking straight into the snickering face of Trent Lott, the most powerful senator Mississippi had produced since Reconstruction.

“Trent, this here’s our preacher. A fine preacher. Pretty good hog hunter too!” Gabe laughed as he pointed in my direction. “Preacher, I’ve known Trent since we were boys. He taught me to run trot lines. I’m the one who inducted him into the Lodge. So I reckon I started him in politics.” He said proudly.

So, sitting there in my drawers and borrowed hip waders, I had dinner with the former Senate Majority Leader with pig shit in my hair. Senator Lott treated me like the President of the United States. And I was reminded yet again that one should never be surprised at the way southern folks can surprise you.