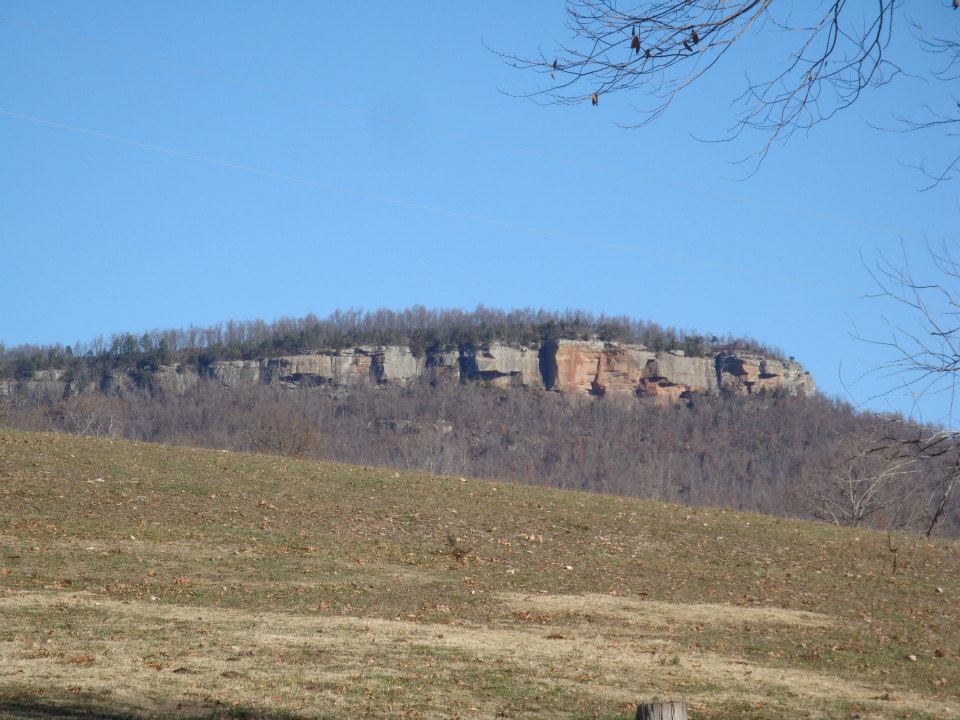 The Shadow of Red Rock

Anyone who knows me knows I am obsessed with time and place. As far as time goes, I’m mainly concerned with what happened before me – those who came before and their lives in this beautiful, rural and untouched county that we call home.

Time has brought changes, as it always does, and some of it is even good. However, change, nonetheless, distorts things for many folks. Time has a way of changing everything, and it is inevitable as death or taxes. But place is a different matter altogether.

No doubt that place is important to people, especially Southrons, as it should be to all people. Time can change a place, that is without a doubt, but with caretaking and a love for the land it can be minimized.

I grew up in Vendor, Arkansas, in rural Newton County. My people were poor, but rich in tradition and character, as I have written before. All the folks that came before me were memorialized in story and passed down to me, worn but intact, the stories changing slightly as details were left out or forgotten. But the land they grew up in and on was, thankfully, little changed in my lifetime. My Holt ancestors settled near Mt. Judea (pronounced “Judy”, for you outsiders) in the 1850s. The house my 4th great grandfather lived in stills stands to this day. His children ended up crossing Big Creek and settling the other side, closer to Vendor. His son, Will, raised his children in the shadow of a mountain that I still recall with fondness and as an irreplaceable link to my past: Red Rock.

Red Rock Mountain towers over the Big Creek valley, and is visible from most points in and around Vendor. Around the turn of the century it boasted its own community, aptly named ‘Red Rock’, and the cemetery still bears the name. Red Rock Mountain is owned by a local family who have kept it in its pristine condition with very little change. The owner would let us local kids go and camp on the point when we were younger, and we always made sure to pick up and burn any trash that we found or took. The foggy mornings were something truly beautiful from the summit of Red Rock. We spent many an hour up there, growing up and learning from each other what life was and what was important, through conversation and shared experience. The things a small town boy will learn as he grows older seemed to be even more important there from the summit of Red Rock Mountain.

Looking straight ahead from the summit, I overlook the land of my ancestors – people who spent many a day in respite from plowing or working gazing up at the red bluffs that give the mountain its name. These people grew old and died in shadow of this mountain. One I will likely do the same under. Generations here that grew and lived, loved and lost, fought and endured, under the everlasting gaze of Red Rock.

My atypical childhood was once commonplace, as I would often leave my family home and walk the dirt road up to its ending at my great-grandparents’ home. Often in the spring and summer, outsiders (‘furriners’ we called them) would, nearly without fail, end up in the front yard asking ‘Can we drive through your yard to get to Red Rock?’ My great-grandfather would tell them no, and even if they did, they would have one heck of a hike straight up, as his land just came close to the base of the mountain. Year and year again, they came, wanting a quick and easy way to reach the beautiful mountain that dominated our beloved Big Creek Valley. In a way, it was a fitting example of the differences between us and the ‘urbanite.’ They would come down in a nice, new rig and look for the easy way, whilst we sat on our stone and concrete porches and waved them on down the road, our worn out old Fords out front for the world to see! As a child, of course, this all passed well over my simple head. I only knew one world, the Big Creek Valley, and it was all that mattered. I spent many a day there in the shadow of that mountain. That beautiful, red, sheer cliff that overlooked us all. In a way, it came to signify my very life and existence. My own childhood was spent in the majestic shade of it, as did four generations before me, when my Holt line settled and cultivated the valley it guarded. I gazed at it many a day. Right now, as I type this very thing in a county north of where I was raised, there are no less than two photographs that show it not five feet from me, one of which my grandmother took. I treasure it. Knowing the peace and beauty that is Newton County is a truly blissful thing. That peace and beauty would eventually prove our undoing as ‘furriners’ moved in and started buying up the cheap land and commercializing what my ancestors fought and died for. This is my home. Red Rock is an everlasting symbol of my people’s relationship with the land. It was a landmark for our founders and those who hacked a hard-scratch existence out of the primitive wilderness, much of it today looks just as it did a century ago, thank the Lord.

If you ever find your way down my way, just take Highway 374 through the Big Creek Valley and you will see it: a beautiful, majestic and towering mountain that clearly lives up to its name with the red, sheer cliff face. Remember, though, dear reader, to not be like those who come here to trivialize what my people did and still do; namely, endure hardship and fight for survival. They fought and worked and bled to give their children a better home here in the rugged Ozark wilderness that they called theirs. The ‘furriners’ prize the view, now that it is tamed and ‘safe’ for them to come in with no trouble. They never fought the elements, the rugged outlaws, and tough hillsides to make the place what it is now. They know nothing of my people and care less for them and their suffering.

Red Rock Mountain looms in the beautiful late afternoon glow as I write this. Though I am several miles from seeing it, I can close my eyes and see it clearly. It stands as an eternal sentinel, overlooking the valley of my home and people. This land is OURS. We earned it. Red Rock Mountain will always be a symbol of home and folk. Blood and soil, in a tangible form, easy to see at a glance. I think often of my great-grandfather, Wayne, who sparked this whole writing period in my life. He sat many a day, gazing to his right up at the dominating peak that he lived so near, on his beloved porch where he raised five children. He lived rough and had little, but thanked God above for all he had. His existence as a hardscrabble farmer was the typical story in the Ozarks, and to many seems like nothing special. But to those of us who came after, we owe everything to his perseverance. He lived and died under Red Rock Mountain, and knew his ancestors and all those before and after him. He was a truly blessed man.

I hope to leave my children the same legacy, knowing that that beautiful red cliff, shining in the morning sun, means home. We are nothing without a connection to a place. God himself gave his children a place to call home. We should do the same for our children.