The South and Her People

By Bernard ThuersamApril 18, 2017Blog
No Comments 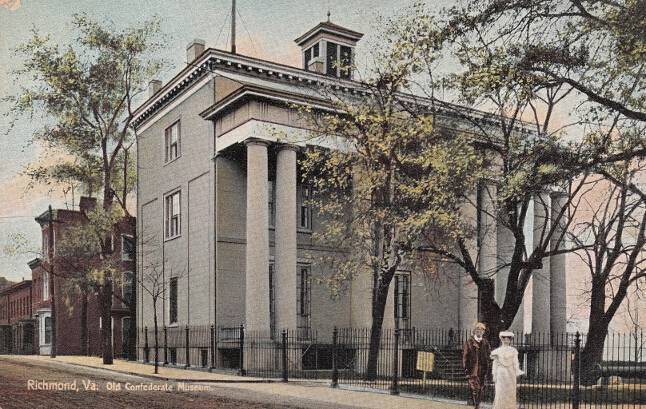 The conservative and noble Christian civilization of the South described below has all but vanished as the New South of industrial capitalism, materialism and commercial vulgarity supplanted it.

“As to us, [secession] was not prompted by hatred of the Union resting upon the consent of the people, and governed by the Constitution of our fathers. It was not intended to subvert the vital principles of the government they founded, but to perpetuate them. The government of the new did not differ in its form or any of its essential principles from the old Confederacy. The Constitutions were the same, except such changes as the wisdom of experience suggested.

The Southern Confederacy contemplated no invasion or conquest. Its chief corner-stone was not African slavery. Its foundations were laid in the doctrines of the Fathers of the Republic, and the chief corner-stone was the essential fundamental principle of free government; that all governments derive their just powers from the consent of the governed.

Its purpose was not to perpetuate the slavery of the black race, but to preserve the liberty of the white race of the South. It was another Declaration of American Independence.

In the purity of their motives, in the loftiness of their patriotism, in their love of liberty, they who declared and maintained the first were not worthier than they who declared, and failed, in the last. Animated by such purposes, aspiring to such destiny, feeling justified then (and without shame now), we entered upon that movement. It was opposed by war on the South and her people.

What was the South, and who were her people? Where do you look for the civilization of a people? In their history, in their achievements, in their institutions, in their character, in their men and women, in their love of liberty and country, in their fear of God, in their contributions to the progress of society . . . Measured by this high standard, where was there a grander and nobler civilization than hers?

Where has there been a greater love of learning than that which established her colleges and universities? Where better preparatory schools, sustained by private patronage and not the exactions of the tax-gatherer – now unhappily dwarfed and well-nigh blighted by our modern system.

Whose people had higher sense of personal honor? Whose business and commerce were controlled by higher integrity? Whose public mean had cleaner hands and purer records? Whose soldiers were braver and knightlier? Whose orators more eloquent and persuasive? Whose statesmen more wise and conservative?

Whose young men more chivalric? Whose young women more chaste? Whose fathers and mothers worthier examples? Whose homes more abounded in hospitality as genial and free to every friendly comer as the sun that covered them with its splendor?

Where was there more respect for woman, for church, for the Sabbath, for God, and for the law, which, next to God, is entitled to the highest respect and veneration of man, for it is the fittest representative of His awful majesty, and power and goodness? Where was there more love of home, of country and of liberty?

Her religious teachers, deriving their theology from the Bible, guarded the Church from being spoiled “through philosophy and vain deceit after the traditions of men, after the rudiments of the world, and not after Christ.”

Her women adorned the highest social circles of Europe and America with their modesty, beauty and culture. Her men, in every society, won a higher title than “the grand old name of “gentleman” – that of “Southern gentlemen.”

It is asked what had [the South] added to the glories of the Republic?

What State made the first call for the convention that framed the Constitution? Virginia. Who was the father of the Constitution? Madison. Who made our system of jurisprudence, unsurpassed by the civil law of Rome and the common law of England? Marshall. Who was Marshall’s worthy successor? Taney.

Forced to defend our homes and liberties after every honorable effort for peaceful separation, we went to war. Our leaders were worthy in their high commission. Our people sealed their sincerity with the richest treasure ever offered, and the noblest holocaust ever consumed upon the altar of country.

To many of you who enjoy the honor of having participated in it the history is known. You ought to prove yourselves worthy of that honor by teaching that history to those who come after you.”