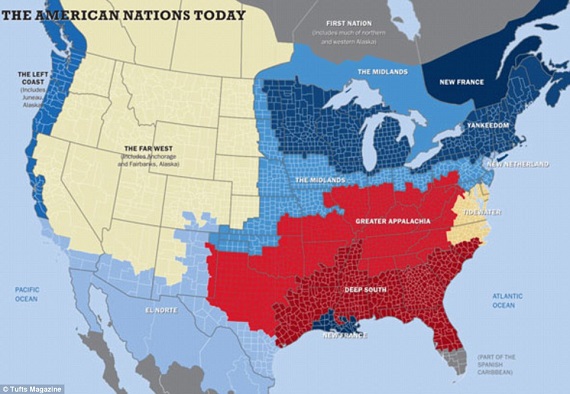 The United States is Not a Nation

By Allen MendenhallAugust 1, 2019Blog
No Comments

What is this national conservatism all about?

The succinct answer is the marriage of nationalism to conservatism. The conference organizers defined nationalism as “a commitment to a world of independent nations.” They presented national conservatism as “an intellectually serious alternative to the excesses of purist libertarianism, and in stark opposition to theories grounded in race.” Their stated aim was “to solidify and energize national conservatives, offering them a much-needed institutional base, substantial ideas in the areas of public policy, political theory, and economics, and an extensive support network across the country.”

Sounds interesting. However, neither national conservatism nor nationalism — whatever the distinctions between them — can take hold in the United States.

The Difference Between a Country and a Nation

The United States of America in the singular is a country, not a nation. It contains nations within it, but does not itself constitute a nation. Nations involve solidarity among people who share a common culture, language, customs, mores, ethnicity, and history. A country, by contrast, involves political arrangements and governmental territories and boundaries.

From its inception, the United States has been characterized by faction and sectionalism, cultural clashes, and competing narratives — between Indian tribes in what is now Florida and California, Wyoming and Maine, Georgia and Michigan; between the British and French and Spanish and Dutch; between Protestants and Catholics and English Dissenters and nonconformists and splintering denominations; between the Calvinism of Cotton Mather and the Enlightenment rationalism that influenced Franklin and Jefferson. The United States has experienced, as well, numerous separatist movements, including, most notably, the secession of the states that made up the Confederate States of America.

The United States is not a nation.

A nation consists of a homogenous culture of which its like-minded inhabitants are acutely aware. By contrast, the United States of America is, and has always been, culturally heterogeneous, consisting of a variety of cultures and traditions.

While the Puritans of New England developed witch anxieties, a planter gentry established itself in Virginia. While slavery spread through the South, American Quakers — banished from the Massachusetts Bay Colony — preached abolition and pacifism in Rhode Island and Pennsylvania. Meanwhile, industry sprung up in Philadelphia and Boston. Around 60,000 loyalists left the United States at the close of the American Revolution.1 In many respects, the American Revolution was the civil war before the Civil War.

While William Gilmore Simms authored novels and disquisitions regarding Southern themes and settings, grappling with the meaning of the emergent frontier in the West, New England was characterized by Romanticism and transcendentalism, by authors like Emerson, Thoreau, Longfellow, Melville, and Hawthorne. While Walt Whitman was singing America in all its multiplicities, María Ruiz de Burton was penning fiction that reflected her Mexican background and perspective. Decades later, Langston Hughes would write that he, too, sang America.

What of the Samoans in Hawaii, the Cuban refugees in Florida, the descendants of black slaves from Africa and the Caribbean, the Issei and Nesi and Sansei, the Creole in New Orleans, the Orthodox Jewish communities, the Gullah in the coastal plains and Carolina Low country, the Athabaskans of Alaska, the Amish, the Puerto Ricans, the immigrants from Columbia and Peru and Guatemala and Honduras and Panama and Nicaragua? Do they have a common heritage?

Americans United by Ideology, Not Nationhood

Conservative nationalism is misguided, predicated on a fallacy, namely that the United States is a nation.

But the United States is not a nation.

If the people of the United States are united at all, it is by a system of government, the Constitution, republicanism, and the concepts of liberty, checks and balances, separation of powers, and rule of law. In other words, the United States is a country whose people are connected, if at all, by liberalism. The history of the United States has been the obliteration of nationalism, not the embrace of it.

National Conservatives Are Celebrating Bigness and Homogeneity Rather than True Nationhood

Given the emphasis on sovereignty, self-governance, and self-determination that characterize nationalist movements and rhetoric, you would expect among national conservatives searing arguments for secession, perhaps for an independent Southern nation, the breaking up of California, or the independence of Texas or Vermont. Instead, the national conservatives celebrate bigness and greatness, thereby undercutting group associations and native identities based on shared cultures, customs, practices, languages, religious beliefs, and history — phenomena which exist in distinct local communities throughout the United States.

This piece was originally published at Mises.org and is reprinted by permission.