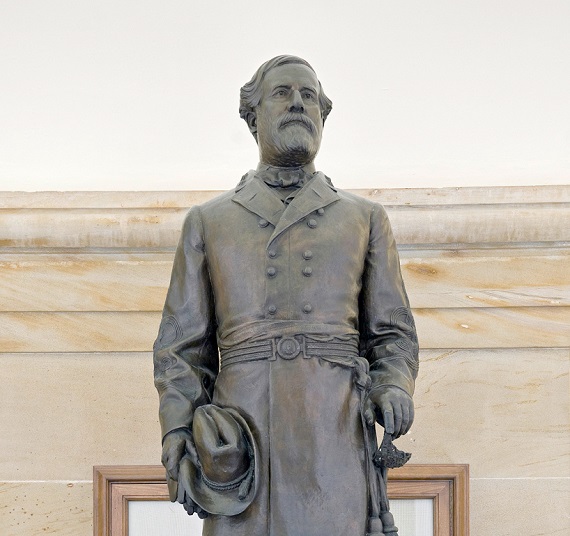 A review of Robert E. Lee at War: Hope Arises from Despair (Legion of Honor Publishing, 2017) by Scott Bowden and The Myth of the Lost Cause: Why the South Fought the Civil War and Why the North Won (Regnery History, 2015) by Edward H. Bonekemper III.

Did Robert E. Lee lose the War for the South? If you believe Edward Bonekemper, then yes. His first published book, How Robert E. Lee Lost the Civil War leaves little doubt about his position on the conflict. Bonekemper is the latest in a growing chorus of social justice conservatives who blame the South for all that ails the United States, and Lee, more importantly the “myth” of Lee, is at the center of the “Lost Cause” narrative they find so problematic.

Bonekemper hasn’t found a Southern position he can’t criticize, nor a “myth” he supposedly can’t debunk, including that of Lee’s reputation as the greatest of all Southern military leaders during the War. He first creates a straw man–the godly Lee crafted by Douglas Southall Freeman–and then precedes to punch holes in his logical fallacy. Freeman certainly admired Lee, as much as he admired George Washington, and his four volume biography still stands as the best and most thorough treatment of the man. Southerners, particularly those from outside the Old Dominion, often bristled at some of the hagiography surrounding Lee in the twentieth century, but no one considered him to be anything less than the embodiment of the Southern tradition. It seems that this fact, more than anything else, taints Bonekemper’s opinion of Lee. To a social justice conservative like Bonekemper, Lee represents a deviation from Abraham Lincoln’s “proposition nation,” an actual myth that forms the backbone of their disparagement of the South. This is what passes for “conservative” today. In one particularly laughable passage from The Myth of the Lost Cause, Bonekemper appeals to J.F.C. Fuller for an “objective” assessment of Lee. Fuller was a fascist British military theorist who dabbled in occultism and outright rejected Christianity. He admired Adolf Hitler and thought the German political model superior to that of Great Britain.

Fuller advocated the use of mechanization in the modern military and believed offense to be the key to victory. He is also considered to be the father of the German blitzkrieg. Fuller thought Lee focused too intently on Virginia and did not develop a broad strategy capable of winning the War. Funny. Lee was the commander of the Army of Northern Virginia and never held a position in the Confederate government, nor was he tasked with overall strategy. His job was to win the War in the East, not the West. Bonekemper, like the fascist Fuller, can’t seem to figure this out. The West wasn’t Lee’s problem. Had Jefferson Davis relinquished control over broad Confederate military strategy to Lee, perhaps the War would have gone differently. As it stands, Lee can only be blamed for his actions in the East, and while Lee is not above criticism, Bonekemper places the entire loss of the War on Lee’s shoulders.

In contrast, Scott Bowden has produced a aesthetically beautiful tome on Lee’s military mind and his actions in 1862. Unlike the attorney Bonekemper, Bowden has written several critically acclaimed works on military history–both European and American. This book is designed to visually engage the reader as well as provide a detailed analysis of Lee’s operations in Virginia in 1862. It could be enjoyed by both the well read student of the War and the novice looking for a greater understanding of General Lee rather than citizen Lee. Bowden carefully traces Lee’s actions through the Peninsular Campaign and weaves his character into the narrative so effortlessly that the reader can almost visualize the smoke of battle. You also won’t be bombarded with a social justice conservative assault on the South or Lee’s character. Men like Bonekemper would suggest this is simply the continuation of the “Lee myth” made famous by Freeman and others, but Bowden shows that Lee, while not infallible, well understood the cost of battle and the technology of the day.

It might be fitting for social justice conservatives to elevate Union heroes above men like Lee, for Lee would not be recognizable in today’s “conservative” movement. Ulysses S. Grant fits the warmongering of the social justice sect, and while he may be popular today, no one in the 1860s admired Grant the way they admired Lee. This was true well into the twentieth century. That, more than anything, is what makes Lee special. His character, his rearing, his Christian gentlemanly code, is sorely lacking in modern society. Lee still has much to teach America, even social justice conservatives like Bonekemper.

The State of Virginia is currently undertaking an effort to purge Lee and other Confederate leaders from public view, including removing his statue from the United States Capitol. This might be fitting. No one as grand as Lee, even if it is just his likeness, should be surrounded by such reptiles in Washington. More importantly, the Virginia the bred men like Lee ceased to exist long ago. That is the real tragedy of the Old Dominion.