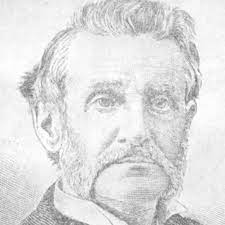 By Clyde WilsonFebruary 22, 2022Blog
No Comments

The Adventures and Recollections of General Walter P. Lane, A San Jacinto Veteran  (1887)

Our forebears of the antebellum South are being subjected to  pervasive dishonest slander (by both left and right) these days.  Brave and honourable people who did far more than their fair share in the creation of the United States are now the default villains in every historical treatise and discussion.

It is good, therefore, that we pay attention to what they actually had to say.  Nobody who has ever read the letters and statements of R.E. Lee can possibly applaud the demolition of his monuments or blabber about him as a “Traitor.”

Previously on this site I described the antebellum books of John Taylor Hughes about the epic expedition of Missouri volunteers in the Southwest during the Mexican War and of John Coleman Reid of Alabama on his exploration of the wild land of the Gadsden Purchase.

Walter P. Lane and “Rip Ford,” like Hughes and Reid, were Confederate volunteers who achieved commissioned or acting rank of brigadier general in the Confederate army.

The subtitle of Lane’s book describes well his memoir:  Containing Sketches of the Texian, Mexican, and Late Wars, with Several Indian Fights Thrown In.

Walter Paye Lane was born in Ireland and raised in what is now West Virginia.  At the age of 19 he heard about the Texans fighting for independence and set out  south and west. He arrived almost penniless at Natchitoches, Louisiana, and walked 79 miles overland to San Augustine, Texas, where he joined the Texas army and secured a horse and weapons in time to take a creditable part in the victory at San Jacinto.  Thereafter he served with Texas forces in campaigns against Mexican bandits and the especially savage Comanche.  He also spent some time as a privateer in the Gulf.

Then Lane settled down as a successful merchant at Marshall, Texas. In 1861 he led Texas men into the Confederate army and took part in most of the major actions of the Trans-Mississippi, rising to brigadier general.

General Lane’s memoirs are high spirited and humorous, demonstrating much about the character of these early Southern pioneers and patriots.

John Salmon Ford was truly “the renaissance man” the Texans knew him to be.  He was born in Upcountry South Carolina, where both of his grandfathers had been Patriot officers and some of his family had suffered death from Indian attacks.

The family moved to Tennessee, where “Rip” studied medicine.  Like Lane, hearing about the Texan fight for Independence, he headed west, arriving too late for San Jacinto.  Thereafter Ford became for over half a century a major figure in Texas life, serving in the legislature and secession convention and most notably as frontier fighter in many campaigns that prefigured the role of the Texas Rangers and in the Mexican War.

Under the Confederacy Ford defended the Rio Grande valley and kept open the movement of supplies from Mexico.  A month after Appomattox he commanded the last victory of Confederate troops against a large federal force at the battle of Palmito Ranch.

He was also a physician, lawyer, newspaper editor and publisher, Sunday school teacher, amateur actor, surveyor, writer and historian,  and constructive superintendent of the state institution for the deaf and dumb.

In his career and in retirement years Ford wrote many articles about events in which he participated and left a long manuscript memoir. In  Rip Ford’s Texas the historian Stephen Oates has done a creditable job of bringing together scattered pieces of  Ford’s memoirs.  Like Lane, Ford was a lively spirit, though his writing is a little more  serious.

In 1845 Ford introduced into the Texas Congress the resolution that began the process of  Texas accepting admission into the United States.  As he points out, Northerners did all they could to prevent annexation. Massachusetts denounced the Texans as a “population of lawless, renegade adventures” stealers of territory, and deadbeats.  In 1860 it became clear that such people would control the U.S. government.   Little more than a decade after annexation Ford without reluctance voted for secession in the state convention.

The settlers of Texas, most of them Southerners, turned a dangerous territory the size of France, with great courage and sacrifice, and against the opposition of Northerners,  into a rich country.