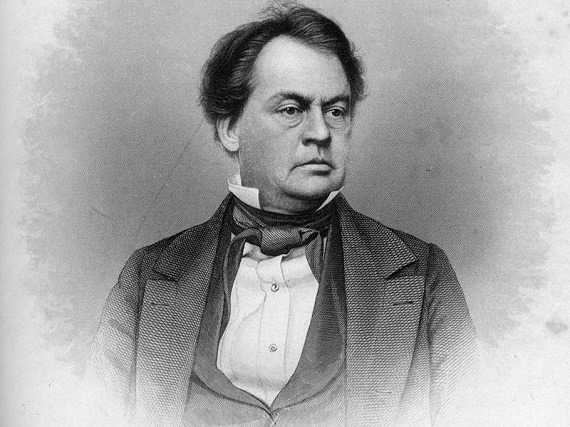 We Need No Declaration of Independence

By Brion McClanahanOctober 8, 2014Blog
No Comments Many current Americans, indeed perhaps most, regard the firing on Fort Sumter in April 1861 as a premeditated act of violence by South Carolina against the United States Government. They further assume that violence was both intended and desired by Southern leaders in the months leading to the War Between the States. After all, the South should have known that a bloody conflict would follow secession. Such a revolutionary act had to be met with force. This is a misconception and a gross distortion of the public record. Southern men anticipated that violence might be a possibility but they hoped not a probability, not out of weakness, but because they considered the act of secession to be a perfectly legal, defensible, logical, and most importantly, American option in 1860 and 1861.

Jefferson Davis articulated this point in his First Inaugural Address, but he was not alone. Across the South, delegates to State secession conventions consistently spoke of peace and the legal and philosophical underpinnings of secession. This was no revolutionary act. In November 1860 during the legislative session to consider calling a secession convention in Georgia, Robert Toombs insisted, “We need no declaration of independence.” Why? Because, “Above eighty-four years ago our fathers won that by the sword from Great Britain, and above seventy years ago Georgia, with the twelve other confederates, as free, sovereign, and independent States, having perfect governments already in existence, for purposes and objects clearly expressed, and with powers clearly defined, erected a common agent for the attainment of these purposes by the exercise of those powers, and called this agent the United States of America.”

The phrase “free, sovereign, and independent States” became a major point of reference across the South. It could not be denied that in 1776 the States, acting as free and independent political entities, separately declared their independence from Great Britain, though Joseph Story attempted to do so in his famous Commentaries. The several attempts at Northern secession in the years before 1860 underlined this position. How could members of the founding generation, several of whom served in both the Philadelphia Convention of 1787 and their respective State ratifying conventions, advance such a “radical” idea? Because secession was inherent in the adoption of the Constitution.

Later in the Convention, delegate Lewis M. Stone, in considering a resolution to offer aid to South Carolina should the United States attempt force compel her to remain in the Union, contended that:

All the powers of the State of Alabama should be pledged to aid in resisting any attempt to coerce a seceding State back into the Union. Sir, the Southern States recognize the right of secession. It constitutes the very essence of State sovereignty, and is inseparable from it. A State is the best and sole judge of her own grievances, and as a party to the Federal compact must, herself, decide in the last resort “as well of the infraction as of the mode and measure of redress.” If, in her sovereign capacity, she determines to resume her independence, can we, who have a common interest in the protection of this right, look calmly on and see her invaded by Federal soldiers? Sir, the Convention which framed our Constitution expressly refused to grant to the General Government the power to employ force against a State. The States came into the Union “free, sovereign and independent.” They have never parted with their freedom or sovereignty. They established a Government to act as their agent; and now, to permit that agent to employ force against the States would be to sanction the grossest usurpation. It would be converting the Government into a despotism. Sir, the Union was never intended to be preserved by force. The fact that the power to employ force against a State was refused in the Convention which framed the Constitution, proves that those who constructed our Government knew that it could not be maintained by force. Of what value would the Union be, if the States composing it had to be reduced to obedience by the strong arm of military power? The permanence and security of our Government depend alone upon the principle of common affection and common interest. Force is the last argument of kings, and cannot keep these States together.

Abraham Lincoln thought otherwise, and the Republican Party, many of whom had supported the secession of New England just over a decade before, sustained Lincoln’s path to war. This is the great tragedy of the event. Secession itself is a peaceful act of self-determination. Lincoln’s resolve to “enforce the laws” mirrored that of George III in 1774 and 1775. As Patrick Henry asked in 1775, “Are fleets and armies necessary to a work of love and reconciliation? Have we shown ourselves so unwilling to be reconciled that force must be called in to win back our love? Let us not deceive ourselves, sir. These are the implements of war and subjugation; the last arguments to which kings resort. I ask gentlemen, sir, what means this martial array, if its purpose be not to force us to submission?”

If Lincoln firmly believed in self-government, in a government “of the people, by the people, and for the people,” then the Southern States would have been allowed to go in peace and the deaths of over 1,000,000 men would have been avoided. It can only be hoped that the peaceful wave of secession movements that have risen in Europe and elsewhere in the last twenty years has blunted the blade of coercion, particularly in the land that made the act popular in the modern era, first in 1776 and then again in 1860 and 1861.