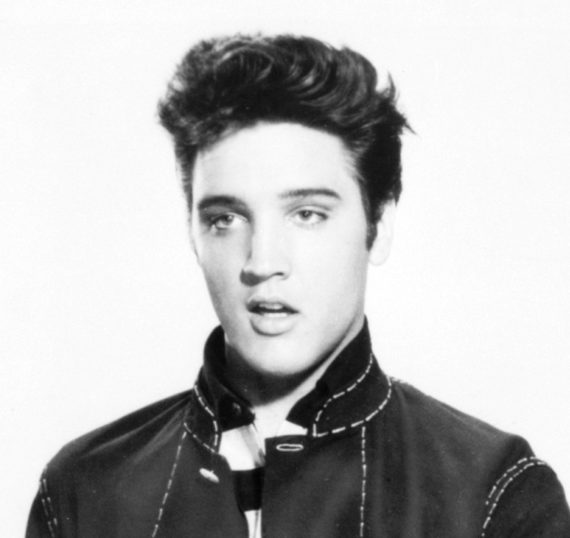 The Baz Luhrmann Elvis movie is as good as it is frustrating. The movie might serve as a good introduction for those who don’t know much about Elvis (which, sadly, is becoming most people). I say it might because it is more than likely that viewers will come away knowing more about Col. Tom Parker, Elvis’ manager, than Elvis himself.

And it is this focus on Tom Parker that makes the movie so incredibly frustrating. Some may argue that this focus allows viewers to get an overview of Elvis’ life without being bogged down in the details. What it does, however, is strip Elvis of any real agency. Elvis’ agency is only an issue when Parker wishes to throw it back in Elvis’ face – in reality, Parker was the mastermind, the “snowman,” and Elvis and his parents were, to borrow the title of an Elvis song, “Puppet on a String.”

Because Parker is the movie’s frame, significant events of Elvis’ life get a very fast – too fast – treatment. His marriage, the birth of his child, and the psychological damage of his divorce are moments on the screen when they should have been a heavy focus. Elvis’ addiction to prescription medication is there and is discussed but is missing in-depth treatment. His dread of entering the army but doing it for patriotic reasons is gone – and, I should add, it was not the Colonel’s idea to have Elvis enter the army. That was Uncle Sam’s way of getting rid of him.

I assumed, correctly, it turned out, that the film would go to great lengths to show Elvis as a destroyer of racial barriers and the deep influence protestant Christianity and Mississippi Delta blues had on him. In many ways, I do not think Elvis gets the credit he deserves for (unintentionally) breaking those cultural barriers in the 1950s as others worked to break the legal, political, and even sports barriers. At the same time, I think the film tries too hard in this regard. There is no doubt that Elvis was deeply troubled and concerned with the Civil Rights Movement; I have seen the evidence firsthand. He was devastated at King’s and Kennedy’s deaths in ’68. The film is right to focus on those but, again, it goes a bit too far; Elvis was in Hollywood making increasingly bad quality (but highly profitable despite what a voiceover in the movie says) films. Had the film focused on Elvis rather than Parker, we could have had an in-depth view of Elvis in that fateful year and how he helped shape and craft “If I Can Dream.” Not only did he request a song be written that spoke of hope in a year of unrelenting tragedy, but he recorded the song in the fetal position while crying (if accounts are to be believed) because of the power of the songs lyrics.

Before this gets too long, and it has already, let me offer a few more criticisms: The chronology is too loose. The film has Elvis singing his 1958 song “Trouble” in 1956; the Lisa Marie Airplane was commissioned in 75, not the early 70s; some of the jumpsuits were out of order (not a big deal); his 69 Vegas concerts used 1970s songs and costumes, which is odd since RCA recorded a number of those ‘69 concerts. Elvis’ hospitalization for exhaustion was in 1975, not the early 70s as the movie suggested. The Aloha from Hawaii concert, perhaps the biggest entertainment “moment” of the 70s given the audience and technical achievement, is barely mentioned. The manner in which Elvis fired Parker in late 73, which did happen, is a complete fabrication and gives the wrong impression of Elvis’ stage antics. Some of this is the nitpick of a MEGA Elvis fan but it does matter. And, most important, the music is missing. Yes, a few Elvis songs show up, with his performance of Unchained Melody finally getting the credit it has never received, but overall, his music gets subsumed under those who influenced Elvis. For those unfamiliar with Elvis’ music, this is a real missed opportunity: Don’t Be Cruel, All Shook Up, Jailhouse Rock, Don’t, It’s Now or Never, Little Sister, Devil In Disguise, It Hurts Me, to Always on My Mind, Promised Land, Hurt, Moody Blue, and Way Down (and all the gospel songs he recorded) are never played. Those omissions bug me. Elvis possessed an unbelievable ability to feel music and make you feel those emotions with his voice. Yet, his vocal talent is non-existent in the movie (until the very end). Rather, to the film, Elvis is only famous for being a cultural and sexual icon and not because he is the greatest vocalist of all time (yes, I will fight duels over this).

What did I like: Butler’s younger Elvis was spot-on and his ability to nail Elvis’ gestures in the 50s and 70s was amazing. He looked a only a little like Elvis from 1970-on, but that can’t be helped. I also liked the portrayal of his mother, Gladys, and her uncomfortableness with Elvis’ fame. That led to her drinking, and then life-ending alcoholism is well-established, and the movie handled it well. I also thought the brief moments of Elvis acknowledging how so many people leeched off him were a necessary touch. The 68 Comeback special was well done despite a great deal of embellishments like threatened lawsuits and a desire to have more time on it.

Finally, in the 45 years since his passing and in our world of social media, we often forget that Elvis had a fame unlike anyone or anything in the modern world. That is not an exaggeration. The film suggests that this level is the real cause of Elvis’ death – a fame so enormous, so unprecedented, and so lonely that it is incomprehensible for most to grip. Again, had the film focused more on Elvis, we could have had an even better understanding of how that fame helped create the demons that would eventually destroy the king.

For those who don’t really know Elvis like I do (and, I admit, that is few,) go see Elvis. More importantly, however, go see Elvis and then listen to his music. 6.5/10

Aaron N. Coleman is an Associate Professor of History at the University of the Cumberlands and the author of The American Revolution, State Sovereignty, and the American Constitutional Settlement, 1765-1800.
View all posts