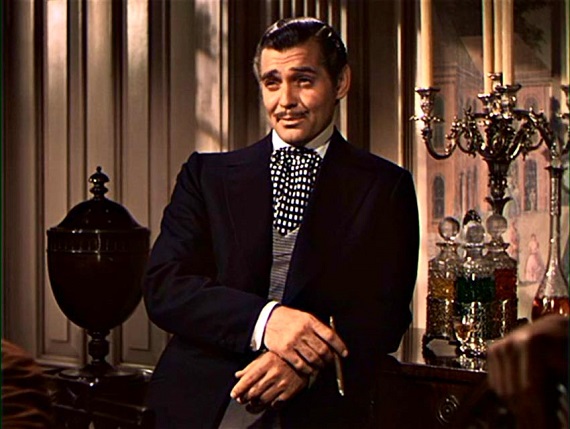 Identity Politics and the Southern Gentleman

By Casey ChalkDecember 10, 2020Blog
No Comments

Earlier this year, shortly after the sad and unfortunate death of George Floyd in Minneapolis, I witnessed an especially peculiar example of one of the many thousands (perhaps millions?) of debates on social media regarding race in America. In this case, both of the virtual combatants were white males — one was a young, recent graduate of an Ivy League law school living in New York City; the other was an old friend of mine from my days at the University of Virginia. The former employed name-calling and sarcasm to shame the latter for his defense of the police and his suspicion of claims of systemic, institutional racism in the United States. My friend, a native and resident of Richmond, took all the calumny in stride with true gentlemanly style, never taking the bait, and providing objective evidence to support his own opinions.

Afterwards, I contacted my old college buddy to commend him for his virtuous behavior and query him on what he had been up to in the more than ten years since I had last seen him. His response practically knocked me over. After college, he served in the Air Force in pararescue. Then he worked for an inner-city tutoring and mentoring program for at-risk youth in Richmond. After that, he was an EMT squad leader in central Virginia, and now worked for a company that provides ridesharing for people with disabilities. He had devoted the entirety of his post-college life to service, either public or private, and often in minority communities in the South.

With that knowledge, the irony of that social media exchange became pretty thick. A young, highly-educated member of the technocratic elite living in the North had condescendingly lectured an older, veteran Southerner on race, not knowing the latter had years of serving “persons of color”. And my friend had refused to pull rank and prove to this cocky Yankee that he had more experience with black Americans than his interlocutor ever would. He was, to put it bluntly, a true Virginia gentleman (and worthy of a toast with an even better bourbon).

I do not think that the general details of that anecdote — white, liberal, Northerner with little exposure and knowledge of racial minorities patronizingly lectures a white, conservative Southerner deeply invested in serving underprivileged racial communities — are particularly unique. Indeed, I’m inclined to think they are quite common. I myself, who have taught, tutored, mentored, and coached disadvantaged minorities in central and northern Virginia, have been the object of such absurd accusations, particularly from those who read my writing on race.

Two Mitchells are helpful in interpreting this phenomenon. The first is Margaret Mitchell, author of Gone With the Wind, that now-controversial best-selling novel (30 million copies sold!) published in 1936. HBO Max in June temporarily suspended streaming service of the popular 1939 eponymous movie because of its alleged racist themes and caricaturing of black persons. Some pundits called the film a “Confederate monument” that too should be “taken down.” Yet, as Bruce Bawer in a September article at New Criterion argues, canceling Gone With the Wind reflects how little its critics actually understand what Mitchell is actually communicating.

Counter to the movie — which actually made Mitchell wince — Gone With the Wind is not a saccharine, sentimentalized portrayal of the antebellum South. Rather than being romantic, it is realistic and raw. The novel, argues Bawer, is actually a nuanced social taxonomy of the South that describes different classes of both whites and blacks. Some whites are just as foolish, if not more so, than blacks. One black character, Uncle Peter, effectively manages one white household. After the war, his former owner declares, “Uncle Peter has much more sense than any Republican I ever saw and much better manners.” Rhett Butler, the roguish entrepreneur who marries Scarlett O’Hara, declares that her slave Mammy is “one of the few people I know whose respect and good will I’d like to have,” and calls Mammy the “real head of the house.”

The use of the N-word in the novel is also telling — it is rarely used by elites of the antebellum era. At first, it is uttered more often by black characters, akin to how it is now used by black hip hop artists and comedians like Dave Chappelle. After the Confederacy falls and Southern social order collapses, the word becomes more commonplace among whites of all classes. Yet even in the post-war period we see a form of Southern chivalry that does not fit easily into Northern caricatures — it is Rhett and the upper-class Ashley who shut down the Ku Klux Klan.

Most relevant to this Yankee condescension towards alleged Southern bigotry is an exchange between Scarlett and a well-heeled Maine transplant looking for a servant. Scarlett suggests a black person, which is met with repulsion from the Northerner. “I never saw a n***** till I came South last month and I don’t care if I never see another,” asserts the Yankee woman. “They give me the creeps. I wouldn’t trust one of them….” This, argues Bawer, perfectly describes the “difference between the white Northern racism of fear and repulsion and the paternalistic but affectionate white Southern racism as I, for one, experienced them, a century later.”

The point here is not to absolve the South, or Southerners of being capable of racism. Nor is it to say that one form of racism is necessarily better than another. Rather, it is to recognize that the North, and Northerners, can be just as easily guilty of it. George Floyd was killed in Minneapolis, Minnesota. Several years after Calvin Griffith, owner of the Washington Senators, transferred his baseball franchise from D.C. to Minnesota in 1961, he told a local Waseca Lions club that he had decided to make the move, “when I found out you only had 15,000 Blacks here.” Name a major Northern city — New York, Boston, Philadelphia, Chicago, Detroit — and I can find ample evidence there of allegations of racist police brutality or “institutional racism.” If only the legacy media and Hollywood would expend as much energy on such stories rather than the tired trope of a backward, racially-oppressive South, we might be done with such silliness.

This is where the other Mitchell comes in. In his new book American Awakening: Identity Politics and Other Afflictions of Our Time, Georgetown professor of political theory Joshua Mitchell identifies racial (and gender) scapegoating as one of the most dangerous afflictions of our time.

“The scapegoat identity politics offers up for sacrifice the white, heterosexual man,” writes Mitchell, noting contemporary society’s obsession with condemning “the patriarchy,” “toxic masculinity,” and “heteronormativity.” The accuser who employs the ad hominem of racism or bigotry “beams with the iridescent light of the discharged rage; the accused slinks into the darkness, shamed by the leprosy of his irredeemable stain.”

Yet, of course, white males are often the ones indulging in this same scapegoating dynamic. Mitchell explains that phenomenon thus: “In order to escape cathartic rage, he [the white, heterosexual man] must prove his innocence by virtue signaling — or more accurately, by innocence signaling — his support for various social justice causes, so that he, like other groups of innocents, can be covered with righteousness.” Thus much of what we see in the sanctimonious assertions of personal wokeness and the thoughtless shaming of others is actually panicky self-defense by those who fear the woke mob may soon call their number.

Yet, really, given that our dominant cultural institutions now label even hard work, the nuclear family, and delayed gratification as part-and-parcel of white patriarchal power structures, what does the charge of racist or bigot even mean? Mitchell notes that the term racist has become an “almost useless term.” He more helpfully defines the term to mean “someone who scapegoats a victim, in the belief that by directing his cathartic fury toward the victim, the society which he is a part will purge itself of its poison and return to health.” With such a definition, we can perceive an illuminating resemblance between the Klan and the anti-racist ideology peddled by the likes of Robin DiAngelo and Ibram X. Kendi. Both seek to scapegoat the fearful, evil “other,” based on reductionist, unjust caricatures that lump broad swathes of society together under a single, condemnatory title.

However, identity politics suffers from bloodlust and an inherent instability, notes Mitchell. This is because, unlike the transcendent Christian religion who worships the God-man who made sacrifice “once and for all,” it requires ever-new scapegoats to sacrifice. Thus the condemnation of the black heterosexual male is not far over the horizon, manifested in such examples as the recent controversy over whether the alleged “homophobic” black comedian Kevin Hart should be allowed to host the 2019 Academy Awards. “Identity politics eventually comes for everyone,” argues Mitchell. “Group after group will be placed on the sacrificial altar, to bear the sins of the world, and to give the ever-dwindling groups of innocents the shortcut they need.”

Mitchell contrasts the self-destructiveness of identity politics with what he terms the “politics of competence.” This views people not primarily in terms of racial, ethnic, gender, or sexual categories, but in view of their individual competence to participate productively in society. Or, as one famous Southern Black man once declared: “people will not be judged by the color of their skin, but by the content of their character.” The competent man is intelligent, industrious, social, familial, humble, respectful, prudent and pious. In sum, he is a Southern gentleman.

This, then, is the key to responding to spurious, malicious, and ignorant charges of racism or bigotry. Unlike what Mitchell describes as the “selfie man,” who “feels small, impotent, and worthless,” and directs his sanctimonious rage at anything resembling traditionalist, conservative norms, the Southern gentleman draws upon wellsprings of strength from his faith, family, and culture. He looks not to social media and virtue-signaling to secure value and connection, but to the givenness of God, objective truth, and his little plot of earth. He willingly acknowledges his failings and sins, but refuses to indulge in the risible, ruinous struggle-sessions of identity politics. When unfairly maligned, the Southern gentleman responds not with his own rhetorical fusillade, but simply smiles, shrugs his shoulders, and gets back to work. Or, he might say, as did Rhett Butler, “frankly my dear, I don’t give a damn.”