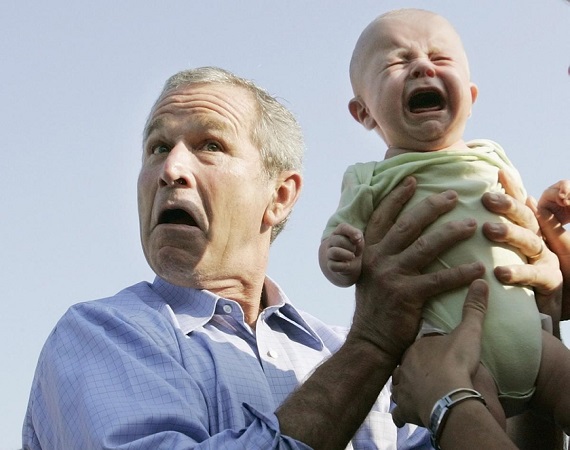 By Clyde WilsonAugust 31, 2016Blog
No Comments Twenty-three Republican Senators joined a large majority of Democrats to vote for the Bush bill to amnesty millions of present and future illegal aliens. The bill passed the Senate 62–36.

Thirty-six Senators voted against electing a new American population in place of the present one. Four of these were Democrats from West Virginia, Michigan, Nebraska, and North Dakota.

The South was the only part of the country to give a majority vote to the patriotic side, though with considerable help from the Plains and Rocky Mountains. The regional vote was similar in the notorious Immigration Bill of 1965 which is responsible for our present troubles. The South was the only part of the country to vote a majority against that bill of forty years ago. There is one change between 1965 and 2006. The Southern patriotic vote is less strong because establishment Republicans have made inroads into some States and there are more leftist Democrats from gerrymandered affirmative action districts as a result of the executive and judicial interpretations of the Voting Rights Act of 1965 (which a majority of Republicans voted for, twice). In 1965 there were still a lot of genuine Southern Democrats around to vote against traitorous legislation.

If you want to run up the figures you will find the same pattern of regional voting on gun control, abortion, balanced budget and equal rights amendments, and many other matters: Northern, Midwestern and West Coast Republicans supporting the left-wing positions and the South providing the most substantial opposition.

Are you surprised that a number of Southerners decided several years ago that the Union was irredeemable and the best we could hope for was to save our own part?

“It’s amazing what you see when you look” — Yogi Berra

Two of my fulminations here last summer on regionalism in American politics did not get much response, or rather did not get much response to the points I thought most important. In “Presidential Peculiarities” I pointed out the pervasive hold that the Northeast, especially the corrupt extremist States of Massachusetts and Connecticut, has on presidential and vice-presidential nominations. Especially the Republicans, but also the Democrats except when they win elections with candidates from the South.

Why the Republicans continue to be in bondage to the Northeast is a serious mystery and, I believe, a key to understanding the situation of the United States today. Republican strength today is in the Heartland and South. Massachusetts and Connecticut have few Republicans and almost no real Republicans, but the pattern of their dominance continues. We are told that among the front runners for the nomination to succeed the present Connecticut president are the leftist Mayor of New York City ( next to Connecticut) and the Governor of Massachusetts, a Mormon who nobody had ever heard of until recently. Where did that come from? And George W. Bush is supporting the leftist Democratic Senator and Vice-Presidential candidate from his native Connecticut instead of the genuine Republican nominee.

I am taking bets that neither Guiliani nor Romney has a chance of being nominated as far as the voters are concerned. However, both stand a good chance of being chosen by the Powers That Be for a vice-presidential nomination once the troublesome grassroots has been neutralized.

In my column “Deja Vu All Over Again” I pointed out that the Senate vote on the recent Bush administration “immigration reform” bill (to replace the American people with Third World coolie labour) showed a division that was more regional than party related. The South and the Mountain West were the only regions that voted against the treasonous bill. Republicans from the Northeast, Midwest, and Pacific voted overwhelmingly with limousine liberal Democrats. The regional pattern of support and opposition to immigration resembled the pattern of the 1965 Immigration Act, when most Southern Democrats voted against the bill and most Northeastern and Midwest Republicans voted for it.

The treason legislation passed the Senate 62 to 36. Here is an interesting (at least to me) breakdown of the vote:

(The Republican traitors from the South include several with national aspirations. They are in a long line of Southern mountebanks who foolishly have dreamed of national office. In their entire history the Republicans have never nominated a Southerner for President or Vice-President. They never will. The Republican Party came into existence for the purpose of exploiting and dominating the South. That remains one of the chief points in its agenda. The two Democrats from Arkansas, a corrupt borough owned by the WalMart and Tyson coolie labour giants, hardly count.)

Clearly, the South and the Mountain West are the only regions left where the Old America is robust enough to contend for dominance. And the South and Mountain West already have been and are being adulterated by immigrants from the Third World and the Northeast. (On net, the Republicanization of the South may well be a setback for conservatism.) The homogenization of regions into the Northern pattern proceeds apace, progressively eliminating any possible social and cultural base for conservatism. The Powers That Be like it that way, agreeing with Karl Marx that “a people separated from their history are easily persuaded.” We can hope that, as time moves on, conservatism will enjoy an American revival, but don’t hold your breath. Have a nice day and remember to press 1 for English.