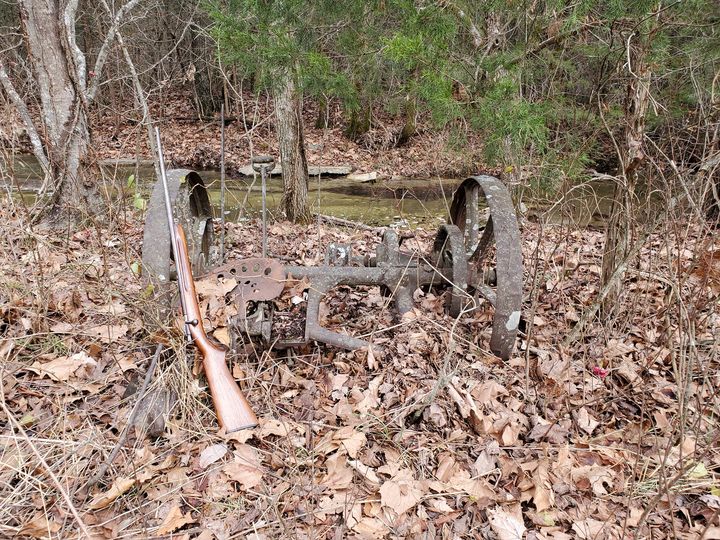 The echoes are still there, for those who will listen.

I’ve often spoke of my home and how I was blessed to be raised in a closed society of family and friends. The world was the Big Creek Valley, and Vendor, Arkansas was home. The people I learned from were all well known to me, even if they passed long before I came around or was even thought of. Stories live longer among peoples far removed from the corrosive influences of what I refer to as ‘modern day society.’ Coping with what we have now has affected me, as we all have had to adapt, and there are days I’m glad some of the people I grew up with never lived to see the mess that things have become.

But, here in the hills, some sanity still resides. I often see people that I know and grew up with, and make time to talk and stop and ‘spit and whittle’ as my grandparents did. It’s a nice slow down in a world that’s moving too fast for anybody’s health. However, since I moved a county north after my marriage, I don’t see folks as often. But, don’t get me wrong, we have a beautiful, historic home and land and we love every part of it. But, one thing I rely on more and more as I age are the echoes.

The other day I was down in the bottom field with an old, worn Winchester 67 .22 rifle that once belonged to my uncle. After his death, it passed to my grandfather, whom I got it from. It’s a cherished possession and awful fun to shoot. Nothing better than usable history! I was coming along the bottom fields by the creek that flows through our land when I came upon an old, horse drawn cutter.

Nobody here exactly recalls how old it is, but the farm is just nearly a centennial farm, so it’s been here many decades. We think my wife’s great grandfather or his folks owned it, and it’s still operational to a point, after all these years in the rain and elements.

I posed a little picture with the rifle leaned up against the cutter, kind of a ‘two histories meeting’ kind of thing, being heirlooms from both mine and my wife’s ancestors.

That’s about when the echoes began again.

Growing up, it seems I gravitated towards the older folks I was around. I loved the stories, even though I have forgotten many of them, and as I grew, I came to cherish everything I remembered.

My great-grandfather, Wayne Holt, is a good example. I can still hear his voice from time to time as I do something. He passed when I wasn’t quite 11 years old, more than two decades ago. Still, the echo of his voice comes to me.

There are countless others in my life who I wish to write about, but I simply don’t have a lot about them; those who came in and out of my life and made a favorable impression, or those that have helped me and passed on. However; most every one of my family were good and honorable people who were always there long as they drew breath, and their echoes ring the loudest in my head.

But more than voices, the echoes that ring louder are the stories.

Both are vitally important, but so many of the people I learned from growing up were long gone when I was born. However, through repeated stories handed down through generations I came to know them. They were my people, no matter when they lived or died.

Heroes and outlaws, and in some cases, both, were my mentors. Their mistakes were my learning experiences. Their triumphs I shared in my pride. Their perseverance was my gain, their failure my loss. Every one of them had attributes or comical stories that were memorized and passed to me. Sometimes directly, sometimes second hand, but always something was gleaned from their experience. These echoes ring loudly in my head, as they are much more numerous. As I grew into a storyteller, I honed my craft using their stories, as I had virtually none of my own. Decades later, even though I have had my share of misadventures and episodes, I still prefer to use their stories. They help me connect with people I know who have roots ‘back home’ in Newton County, and besides, who wants to talk about themselves all the time, anyway? Seems boring to me!

A few years ago I made time, in this high paced world, to call my surviving elderly family members through the week and on the weekends. It’s a small thing, but one that has become one of my favorite things to do. I talk to my family every chance I get, and they help me with the echoes. When I have a story misconstrued, I am thankful I have multiple people to bounce it off of and clear up details and dates, people and locations. The time I spend talking with them is irreplaceable. When they are gone, I may have many regrets, for certain; but not talking with them will not be one of them.

Sadly, one day, they will become my echoes as well, as one day I will become one to my own family, I pray. But for the here and now, we are all here and I treasure every moment, every story, and every time we get to sit and visit.

This world is a rough ‘ole place, to be sure, but it always was in some ways. My family endured and persevered and did their best to give me an amazing childhood. They succeeded. Being around my people taught me much about life, and their lessons helped smooth the rocky road I walk, though I at times fail to heed every bit I was taught, admittedly!

It’s a beautiful fall day in Boone County as I lean the rifle against the cutter. I step back and snap some pictures and then load back up. I cast a glance back at the old piece of equipment and it stirs memories of all I have learned about my wife’s family; a proud, tough Ozarks family much like my own, with their own memories, triumphs and hardships. Their echoes ring loudly in my wife’s family as mine ring in my own.

I start my grandfather’s ’82 F150 and begin my climb back up the hill towards home. I look over in the passenger seat and see him, rolling a “PA” cigarette, as he glances over at me. In my head I hear his voice speak to me just as if it was yesterday, (though I AM glad he’s not here to ask how the bedside of that truck got bashed in on a cedar tree one day when I was busy watching a gate). His voice is an echo I always treasure.

Again, I implore you, even in this fast paced world; you CAN make time to reach out to your elders. Record their stories. One day we will all be echoes. Do your best to be a good one and remember those who would remember you.

The echoes of our people still reverberate through the hollers and hills, for those who will listen.