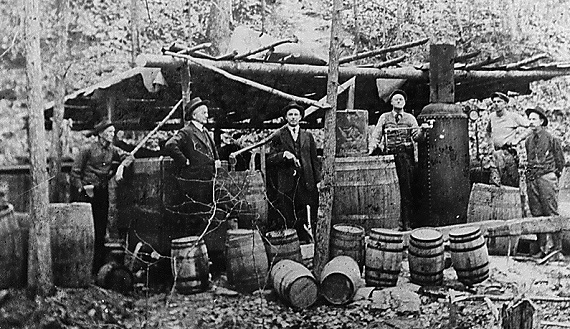 I’ve heard tell that fox hunting is the sport of kings. Be that as it may, in the hills of Arkansas it is largely the purview of fools and knaves. There are no aristocrats. No gaudy outfits. No prized horses. In fact, there are usually no horses at all. Perhaps stranger still, no guns. Unless someone totes a side arm for snakes and other unwelcome guests. In most places in the Deep South, “fox hunting” is all about listening to the sweet music of the hounds.

Some years ago I was preaching a meeting at a little country church at the foot of Petit Jean Mountain in central Arkansas. One of the deacons said to me, “We are going to a fox hunt on Friday night. We’d like you to come.”

“That’s fine,” He said. “It don’t require a lot of pre-made experience. As long as your ears work you should be fine.”

“Do I need a special license?” I asked.

The old deacon laughed. “You don’t need a permit at all. You won’t be killin’ anything.”

This struck me as odd. But then again, I was new to the sport and figured that I would mostly be along for the ride on this first outing.

On Friday night of the revival, the small meeting house was packed. But I knew this had little to do with my preaching or the congregation’s piety. A couple dozen men showed up so as to be able to hitch rides together for the hunt.

Some of my kin, whom I hadn’t seen for ages, turned out for the event. Uncle Sugar and his two boys, Olan and Ollen, showed up for church with twenty-two hounds between them.

Uncle Sugar had been a logger in the Ozark mountains for years before losing half of his right leg to a runaway tree sometime in the mid-seventies. Since then, he has hobbled along on a stump of sanded down pine. But even now in his sixties, he could still do the work of five men. Though most of his work these days consisted of raising cattle and making whisky. Olan and Ollen maintained the family logging business for him and ran their own sawmill.

Uncle Sugar and Aunt Mabry were good Christian folks who believed in taking care of their neighbors. And this often meant making sure that they had plenty of hooch stored away in their pantries for cough syrup or bouts of melancholy.

As a Baptist, Uncle Sugar was opposed to drinking liquor—unless it was homemade. “Even our Lord did that,” he reasoned. So even though he probably made more corn whisky than anyone else in Perry County, he was not what one would call a “bootlegger.” He never sold any of it. He simply gave it away.

Sugar grew his own corn. But unlike the cotton that was raised in the Delta where I lived, his harvest was measured in gallons rather than in bushels. And being an upstanding Christian, he wouldn’t countenance the idea of serving anyone bad shine that might leave them blind or lame. So he felt it was his bounden duty to suck down at least a pint of every gallon he produced. For quality control purposes of course. Aunt Mabry, Sugar’s wife, used to say, “I’ve never seen Sugar drunk. But I ain’t sure I ever saw him completely sober either.”

After the last “amen” of the meeting had been shouted and the benediction pronounced, the ladies brought us sacks of sandwiches and thermoses of coffee as we menfolk packed into rusted pickup trucks to head off up into the hills. Cooper “Coop” Sheridan led us up the winding back roads past Adona towards his family’s fox pen.

When one of the fellas mentioned something earlier about a fox pen I had formed a picture in my mind of something about the size of a chicken house. A small enclosure with three or four young foxes inside. I reckoned they would be turned loose and given a head start before the dogs were set on them. I really had no idea.

It was about 9 o’clock when we came to a clearing about halfway up a mountain. After everyone found a parking spot, Coop got out of his truck and said, “Aight fellas, fetch your dogs. The pen ain’t more than twenty minutes from here.” Then about a dozen men and fifty assorted hounds trailed behind him up a steep incline.

I hung around the back of the troop helping Uncle Sugar carry a sack full of food and what I imagined was gallon jugs of sweet tea. Olan and Ollen held leads on eleven hounds apiece and kept laughing and sayin, “Don’t let daddy outrun ya, now. He can build a pretty good head of steam on that old pine knot.”

Sure enough, after twenty minutes or so we came to another clearing on the edge of the mountain. There was a small shack, open on one side, with an old fire pit dug into the ground. A cast-iron pot hung between two wrought-iron arms and dangled over the heap of cold ashes. Two small logs line either side of the cooksite, and five or six folding chairs were scattered on the make-shift porch of the open-ended tin building. But I didn’t see any kind of pen.

Coop chuckled, “Son, it’s all around us.”

Come to find out, the fox pen was no small enclosure. It was 150 acres of mountain wrapped around with barbed wire fencing.

“There are better than thirty foxes in the pen,” said Coop. “Not sure how many coyotes and other varmints are in there with em’.”

“So we have to hunt foxes over a spread of 150 acres–in the dark?” I said with no small amount of surprise.

Coop just shook his head at me. “Come over here and sit down while we get a fire goin.’ We’ll explain it to ya.’”

A few of the guys from the church set to work cutting firewood. The rest of the men took their dogs over to a gate and took off their leashes before closing the gate behind them.

Coop stacked the kindling and started a fire as the men plopped down on the logs like so many toads on a floating piece of driftwood. I drug up a chair beside Uncle Sugar who was nearest the fire and waited for the hunt to begin.

Directly, either Olan or Ollen said, “Daddy, hand me one of those pimento cheese sandwiches outta that bag.” Uncle Sugar rooted around in the sack and pulled out about twenty-five sandwiches, three thermoses, two packs of Levi Garrett chewing tobacco, two gallon jugs, and one apple.

I was still waiting for the hunt to start.

As we lit into our sandwiches, Uncle Sugar began the arduous process of eating his apple. This would have been no challenge for most people, but if Sugar had a single tooth in his head it would have died from loneliness years ago. He looked like one of those sucker fish that attaches itself to the inside of an aquarium. I am not so sure he chewed the apple so much as wore the flesh down from sheer pressure until it just kind of melted into his mouth.

Then I heard a yelp somewhere off in the distance.

“Is it time to hunt?” I said excitedly.

“Boy, we’ve been huntin’ since we got here!” said Coop.

With apple sauce running down his chin whiskers, Uncle Sugar looked at me through the pale glow of the firelight, “The dogs do the huntin.’ We just listen to the music.”

About that time several more dogs joined Sally in a chorus of short yelps. “They trackin’ now,” said Olan. “Those short notes they singin’ is how you know they caught a scent. They follerin’ it now.”

“Pass me that jug, Shug,” said Coop. “Need to wash down this sammich.”

The jug made its way down the log line and through the men sitting in the lawn chairs and finally came to me. I admit being thirsty. I didn’t much care for the idea of drinking coffee with pimento cheese so the thought of a swing of sweet tea was a welcome one. But as I tilted the jug for a long draught, the tea bit me right in the back of the throat. I spat into the fire and an angry flame leapt out and nearly took the eyebrows off my face.

Guffaws erupted from the Baptist-lined logs.

I started to protest, but the second swallow went down quite smoothly. We passed the jug around for another half-hour or so until we heard another announcement from the dogs.

This one was long and deep. “There’s ole Boots,” said Ollen. And with that, the whole mountain was awake with baying hounds.

“Hot doggit! They’ve jumped one up.” said one of the log men. “Listen to that music now!”

And I admit being caught up in the rhapsody of it all. The excitement of the men. The echo of the hounds, the chamber music of the Arkansas hills. But I expect a lot of my enthusiasm had to do with Uncle Sugar’s drink offering.

This cycle went on for several more hours as we listened to the dogs, ate the sandwiches, chewed the tobacco, and emptied the jugs. At some point, Uncle Sugar said, “Boys, y’all carry on. I’m going catch me about forty winks.” He pulled his hat down over his eyes and slumped into his chair.

But what he didn’t know was that he had propped his wooden leg a little too close to the fire. An hour or so later, he woke up and said, “If y’all will excuse me I need to go make water.” Which simply meant that he had to pee.

He stumbled a lot getting out of his chair, but we all figured that had to do with being old, infirmed, and a bit tipsy. What none of us knew was that it mostly had to do with the fact that nearly four inches of his right leg had burned clean off as he slept.

We were situated on the side of a mountain with a slope that dropped off about thirty feet. As Uncle Sugar tried to get far enough away from us so as to be decent about doing his business, he stumbled and tumbled, end over end, and landed all akimbo at the bottom of the steep grade.

We all jumped up and headed over to the cliff. Olan and Ollen hollered frantically, “Daddy, you alright? Are you dead?” As if expecting him to answer if he had been.

But Uncle Sugar was laughing from atop a Chinaberry bush. “I’m fine. I ain’t hurt. But I tell you what! You fellas be damned careful when you come down here to fetch me. There’s a helluva hole every other step!”

I still don’t know a lot about fox hunting, but I know that one gallon per hunt is probably sufficient.