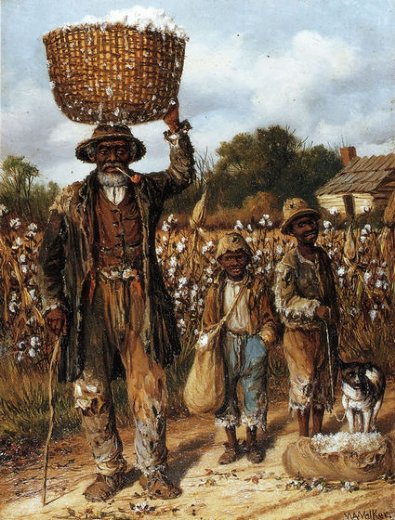 It has become fashionable to bash the South – not only by removing war memorials or looking the other way as they are vandalized, but even in discussions of things like slavery.  It’s never just slavery; it’s Southern slavery.  The existence of slavery in the North has been whitewashed and sent down the memory hole.

Frankly, most of our American history as we learn it in school – especially in recent decades – is court history.  It is a narrative.  In the age of political correctness, our American history has been rewritten, often by Socialists and extreme leftists who have a Marxist (Economic or Cultural) agenda.  Often the best history books are the older texts.  And the very best ones are based on the original sources themselves – the compilation of which is painstaking and a great exercise in patience.

John Shipley Tilley (1880-1968) was an attorney and historian with a law degree from Harvard.  His book Lincoln Takes Command unequivocally proves that Lincoln unilaterally started the War Between the States, that he wanted war, and used duplicitous tactics to do so.  It was the Union, and not the Confederacy, that was the aggressor, that on Lincoln’s orders, the Union committed acts of war prior to the bombardment of Fort Sumter.  The Union violated several armistices, and at one point even flagged a military ship with the British Union Jack in a literal false flag operation to inflame war.

Tilley proves this not by means of conjecture and simply quoting other historians.  Rather he cites the United States government’s own Official Records of the War of the Rebellion (OR) – which is a massive collection of 128 volumes of official reports, memos, orders, and other primary source material that is there for anyone with the patience to comb through it all.

Tilley was also the author of Facts the Historians Leave Out, a small introduction to the Southern side of the story.  He wrote another book called The Coming of the Glory which delves into the three controversial topics of the War Between the States, namely slavery, secession, and reconstruction.  In 267 pages of text, Tilley has 721 cited source endnotes.  Since this book doesn’t deal with the war per se, these are not from the OR but from other original sources and historians.

The Coming of the Glory includes well-documented facts that have long been laid aside in favor of a standard revisionist narrative – such as the narrative that slavery was a Southern thing.

The first eight pages of chapter one deal with the slave trade – which is itself damning to the North – especially to New England.  But even laying aside the traffic in slaves (which amounted to a large portion of the New England economy), slavery was itself practiced in the North until it became economically burdensome.

In 1840 there were slaves in Connecticut, New Hampshire, Rhode Island, New York, New Jersey, Ohio, Pennsylvania, Delaware, District of Columbia, Illinois, Indiana, Iowa, and Wisconsin, as well as in the states to the South.  More noteworthy still, at the very date of Southern secession citizens of Delaware, Kansas, Nebraska, New Jersey, Utah, and the District of Columbia held in bondage African captives; in Delaware the number reached eighteen hundred.

Looking further backward in point of time, in 1830, among other members of the slave-holding commonwealths were Maine, Massachusetts, and Michigan.  In 1790, more than twenty thousand negroes were owned in New York.  A leading American historian is authority for the information that about 1785 there were between three thousand and four thousand colored bondmen in Rhode Island.  In the day of the American Revolution Connecticut’s population included some six thousand, five hundred negroes.  Around the year 1750 the people of Pennsylvania held title to blacks by the thousands.

Tilley does not exonerate the South by any means, but is quick to point out that there is blame enough to go around.

It is little known that before the war, Virginia had a considerable anti-slavery movement.  Tilley reports that John Letcher, the wartime governor of Virginia, was anti-slavery.  He ironically points out that “the Virginia colonel of the United States army who captured John Brown at Harper’s Ferry [Robert E. Lee], the governor of the state in which the execution of the abolitionist leader took place [John Letcher], and a majority of the citizens of that commonwealth, were at heart opposed to slavery.”

Lundy’s Genius of Emancipation records a little-appreciated anomaly, one attesting to the strength of Southern anti-slavery sentiment.  This is that of the one hundred and thirty anti-slavery societies operating in the United States in 1827, four-fifths of the number and an equal proportion of the membership were in the states of the South.  Indeed, a careful student sponsors the finding that, at the very time when Garrison began his abolition crusade, the South was more interested in emancipation than was the North.

While it is true that the death of slavery got a reprieve in the South thanks to the invention of the cotton gin in 1793.  Slavery was not abolished in the Northern states owing to the goodness of the Northerners and the evil of the Southerners, but rather because of the divergent economies of the regions.

It is also important to note that the slaveholding class of the South was small, as Tilley reports, about one-sixth of the white population.

So when you hear slavery referred to as “Southern slavery,” you are being misled by a narrative.  It’s time to dust off the old books and learn what the primary sources have to say instead of politically-correct court historians.