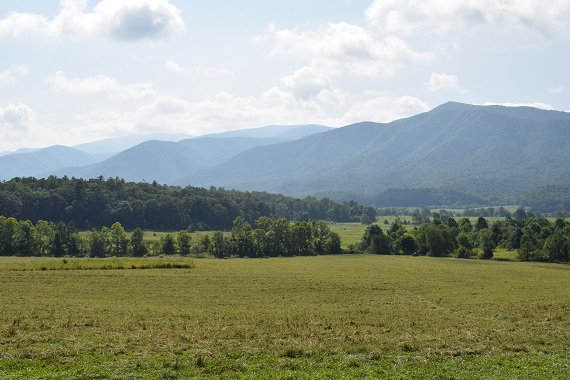 Have you ever accidentally used the wrong mushrooms in a recipe inducing you to think the South is some type of hallucination[1]? Me neither–I reckon we aren’t enlightened enough to grasp such concepts. Until recently, I never pondered ideas like “regional consciousness” or “Southern distinctiveness”—truth be told, “provincial” seemed too overdressed to feel comfortable amongst my hand-me-down vocabulary—and not a soul told me Albion planted a seed.

I wasn’t around when that seed grew from a young whippersapling to full-grown, yet I am acquainted with its peculiar Southern fruit.

Growing up in Tennessee, being Southern was run-of-the-mill, the raw state of being for everyone I knew—like the fish/water thing—not discussed or considered as far as I’m aware. But owing to several early encounters and six years in the Army, I knew being Southern was concrete enough to scrape your knee on. Southerners were distinct–brought forth after their kind.

It took me darn near twenty-five years to cross the Mason-Dixon line and sixteen before traveling close enough to even trip over it. The waters of Lethe couldn’t expunge my memory of a visit to Johnny Rockets during that high school trip to Washington D.C.

Yep. Johnny Rockets. I learned I spoke with a Southern accent at Johnny flippin’ Rockets.

It only took me doing the most homespun and predictable thing when a waiter asks what I want to drink—I answered, “a Sweet Tea, please.”

You would have thought I fired on Sumter!

The waiter—with all the highfalutiness a Yankee can muster—replied, “this ain’t Dixie. We don’t have Sweet Tea.”

Let me tell you, my neurons well-nigh ceased firing. Dixie? What does that have to do with Sweet Tea? What kind of establishment doesn’t have Sweet Tea? I didn’t tell this Johnny “definitely not a Reb” Rocketeer where I call home. He then lectured me about the proper way to apply salt to my fries. Trust me; I can salt some fries with the best of ‘em.  Then it hit me—this man could tell I’m a Southerner after speaking four words—obviously, that gave him the right to insult me in front of my friends. In those days, I cherished opportunities to forget my home training, so I won’t relay the rest of the discussion.

Since then, many have remarked on my manner of speech. When I moved to Texas in my early-20s, folks asked, “where are you from?” They couldn’t place my genre of Southern twang, inherited from my Grandpa—Grundy County, Tennessee to his marrow, with a drawl thick enough to sop up with a biscuit. On deployment leave from Afghanistan my family enjoyed a few days in Sunset Beach, NC where I relaxed and threw a few back with my sister and cousin. We met a group of Australians and talked with them for hours. They told me and my cousin how the ladies of the Outback would “love” us thanks to our accents. I’m going to consider that written in stone. My mind can’t be swayed on the matter.

Speechways are one factor among many separating Southerners in a fold unto themselves. As I mentioned earlier, my six years as an Army Infantryman provided a whole slew of opportunities to observe the distinct Southern species.

On the first day of Basic Training, what some call bootcamp, I was given the nickname “Tennessee” by a giant ex-football player from Alabama, and it stuck the whole 16 weeks. This was the first time I met a Hawaiian, someone from Boston, and a host of other places, but most were Southerners. It was the same when I made it to my duty station at Fort Polk—named after Lieutenant-General Leonidas Polk—in Leesville, Louisiana, at the time home of the 4th Brigade Combat Team, 10th Mountain Division, where I was assigned to the historic 2nd Battalion, 4th Infantry Regiment.

My Company’s Captain was a Southerner; my First Sergeant was pure Louisiana. I’d wager his blood type was either gumbo or etouffee. My Platoon Sergeant, dang near as rugged as that old Cross, was one part War Eagle, one part Longhunter, and the rest—whatever you get when you mix Alabama and Red Man with coffee as black as John Brown’s soul. The Southern Fighting Man is a stereotype for a reason.

Of course, my platoon was populated with men who weren’t Southern, but there were no Yankees amongst our ranks[2]. Shoot, the Upstate New Yorkers were more rural than I was. My 6’4  brother-in-arms, raised on a farm in Iowa, knew more about the Agrarian lifestyle than I did, and even though we were close friends there remained a cultural gap. In my experience, Southernness is not simply a rural/city divide or agrarian vs. industrial—being Southern is something I recognize when I see, a familiarness—even when it appears like a case of deja vu, a Southerner can still spot it.

James D. Davidson expresses this Southern familiarness or comradery in his 1836 diary[3]. He writes, “Mine Host is an old Virginian, and when he found out that I was a Virginian, he almost embraced me. A Virginian of the South or West will greet with welcome a Virginian wherever he meets him. They seem to be proud of the name.” What Davidson says of Virginians I find true of most Southerners.

Anytime I spotted an orange “Power T” on someone’s hat in Louisiana or later when stationed in Hawaii, I’d always start a conversation. In my pre-Army days, I spent a few years in East Texas, and I’m confident the majority of Grunts are Texans, so I had an immediate connection with the Texans in my unit, mostly talking up Tennessee’s role in Texas history and arguing over who could claim the “real UT.” Texans and Tennesseans both loved and took pride in their States.

On any given day, you could find a guy in the barracks parking lot practicing roping with what resembled an Appalachian reindeer Christmas decoration as others spoke of high school football glory, bow hunting, philosophizing about what qualifies as “real Country music,” and who they would fight for in a hypothetical Civil War—all the Southerners said their State.

Like some Hillbilly Jonah, you couldn’t flee Southern culture in Hawaii either. Southerners can’t shed what makes them Southern when they move to strange lands like some forked-tongued cold blooded creature[4]. I went to a Southern Baptist Church pastored by an Oklahoman, rubbed shoulders with many a Southern folk at Dixie Grill BBQ and Crab Shack up the road from Honolulu, and danced with a few amongst raucous County music, Wranglers, pearl snaps, and cutoff jean shorts at a Nashville themed bar in Waikiki.

As a Southerner, I’ve never felt alone. I learned no spray can mask that Southern scent. To some it is a repelling stench, to others, a fragrant reminder of everything worth living and fighting for. You could be in a D.C. diner, Afghanistan, or Hawaii, and a Yankee might insult you because you “talk funny” (this puts you in good company in my book), or a fellow Countryman might almost embrace you when his Dixie radar pings. Quench your mind of hiding what makes you and your people distinct or considering it a badge of dishonor like some crimson Puritan letter. Southern ways are normal. We aren’t the weird ones. I say, let them keep on with their “Southern Studies”—they might learn something worth knowing and end up like James D. Davidson asking, “Have I caught the Spirit of the South–the famous Davy Crocket Spirit?”

Chase Steely is a Tennessean, Veteran, and Student of all things Southern.
View all posts